Though cryptocurrency mining is becoming less profitable by the day, those who still have the hardware may as well use it. However, it sucks up a lot of energy and dumps a lot of heat, which suspiciously looks like a marijuana grow house, as it turns out.

Earlier this month, police in London were tipped off to a building within the Great Bridge Industrial Estate, Sandwell. Using drone surveillance, police saw a characteristic heat signature and people regularly going in and out. Therefore, when the police raided the location on May 18th, they were expecting a cannabis farm, but that is not what they found. 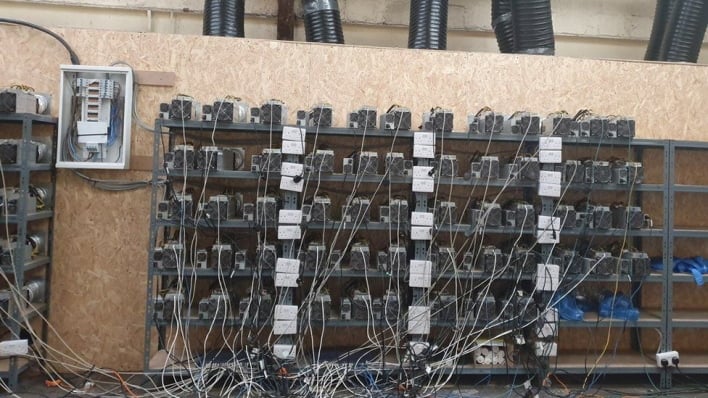 Upon entry, they saw shelves full of up to 100 application-specific integrated circuit (ASIC) cryptocurrency miners rigged with exhaust pipes and a daisy-chained power system. As it turns out, the only illegal part about this is that the computers were spliced into the power network, which had “effectively stolen thousands of pounds of electricity,” as the BBC reports. 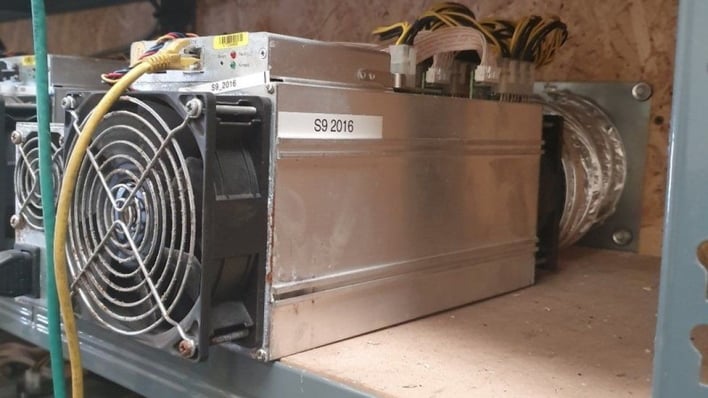 Thus, the police confiscated the equipment; however, no arrests have been made, and it seems they are still perplexed by the situation. Sgt. Jennifer Griffin explained that “It had all the hallmarks of a cannabis cultivation set-up and I believe it is only the second such crypto mine we have encountered in the West Midlands.”


All said this is an incredibly amusing and entirely preventable situation, as a power hook-up could have been paid for with less than one or two Bitcoin. Hopefully, the cryptocurrency miners will be able to pay their debts and get the hardware back as well because none of it is cheap at all. In any case, let us know what you think of this illegal mining operation in the comments below.
(Hardware images courtesy of the BBC and West Midlands Police)