Pixel 6 Fingerprint Scanner Not Fast Enough For You? Here's A Super-Easy Fix

Google's flagship Pixel 6 and 6 Pro have launched with with the lineups first under-display fingerprint scanner, but the company's first attempt at using a fingerprint to unlock the phone has some users feeling around for a fix.

The Pixel 6 and 6 Pro officially hit the market last week for sale. The reviews have been a bit mixed for Google's latest smartphone. While most like the new design of the phone itself, the camera, and some of the new features, there are areas where Google will need to improve with some possible updates. One of those is its fingerprint scanner.

In our Pixel 6 and Pixel 6 review, we found the fingerprint sensor to be a bit finicky when attempting to unlock the device. It seems other users are in agreement. Users are finding the fingerprint scanner to be slow in responding to their touch and at times rejecting the fingerprint altogether. This can be a nuisance being that Google did not allow for any other type of biometric security to be able to use in its place.

There is a temporary fix to the problem as we await a permanent solution from a future software update. It lies within the settings of the Pixel 6 and is aimed at increasing the display's touch sensitivity. The path to the setting can be found by navigating to Settings > Display. You will then scroll down to just below where it says "Other display controls" where you will find an option to toggle on "Increase touch sensitivity". 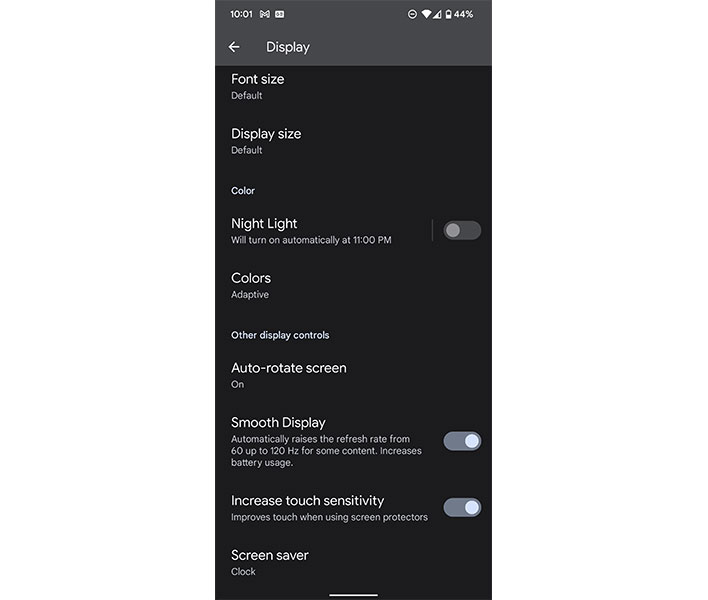 The option is meant to improve touch performance while using a screen protector. However, it has been found to help the finicky fingerprint sensor in some cases as well (we confirmed that it does actually improve things). It is worth trying if you are finding yourself frustrated by misreads while trying to unlock your phone. Especially since we do not know if Google will address the issue or not in future updates as of yet.

If you are a current owner of a Pixel 6 or 6 Pro, or are looking to get one, this quick fix could save you from getting thumb resentment toward the phone. You can give thanks to ZAKtalksTech, who tweeted this fix out recently. Hopefully Google will address the issue quickly, however, and users will be giving a thumbs up to its fingerprint scanner at last.