China-based PC virtual reality (VR) headset specialist Pimax has revealed plans to diversify. Its new Pimax Portal is a hybrid device which can probably be best described as an Android powered Nintendo Switch or Steam Deck clone, with the necessary accessories available to transform it into a VR headset.
Pimax's own description of the upcoming Portal device is rather more lofty than our summary. The pre-launch Kickstarter page headlines the device as the "World's First Metaverse Entertainment System (MES)." Thankfully, it's a MES and not a MESS, and we hope that remains the case—as hybrid devices can easily end up being a jack of all trades but master of none.
Looking more closely at the hardware, we must warn that the precise specs have yet to be unveiled. A fuller unveiling will coincide with the crowdfunding campaign launch on Kickstarter, which is scheduled for next Tuesday, November 15th. Nevertheless, we do have enough specs to give you a good idea of what to expect.
The core of the extensible Pimax Portal device is dubbed the Portal View, and features a 5.5-inch HDR screen, with 4K resolution, and a max refresh rate of 144 Hz. We understand that the display runs at 1,920 x 2,160 per-eye in VR mode, similar to the Meta Quest 2. 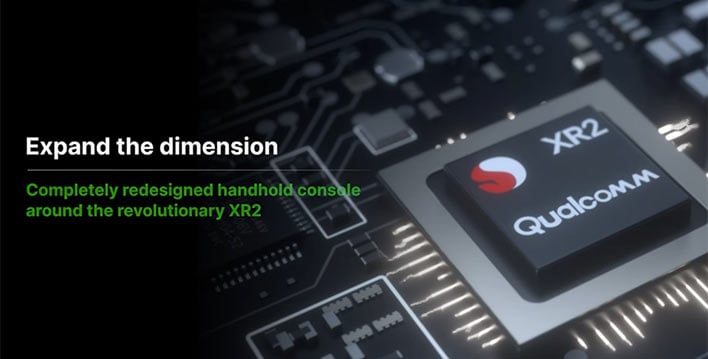 Inside the Pimax Portal is a Qualcomm XR2 processor (same as Meta Quest 2 again), and buyers are going to have options for an 8GB of RAM and 128GB of storage model for $299, scaling up through a QLED version at $499, and a RAM/storage boosted QLED model at $599.

To use as a handheld Android console, users will snap on the magnetic controller units to either side and enjoy Switch-a-like fun (but hobbled by the Android games library). If users want to engage in some VR fun, they take the Portal View part of the device and slot it into the headset accessory. This VR system supports interchangeable lenses offering various field of view (FOV) and pixel density options. As a VR headset, the device also supports cameras for eye, face and mouth tracking—augmented by the wireless motion controllers.
Pimax also revealed some optional accessories for the Portal, providing even greater flexibility. Among these there are a larger screen and controller housing which expands the screen to 8.8-inches, there is an additional 5,000mAh battery module, a TV dock accessory, a WiGig 60GHz plug-in module for fast games streaming (e.g. GeForce NOW, Xbox Game Pass), and more. 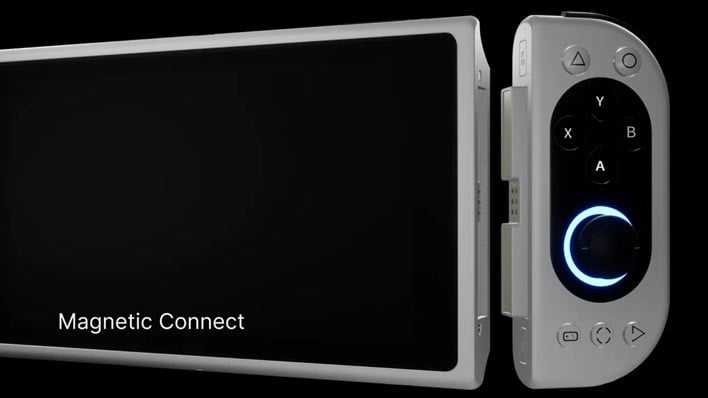 If the above sounds interesting, if a little overwhelming, tune into the Kickstarter funding page next week, and the offerings should be clearly categorized and priced up for potential project backers to digest. Remember, even though Pimax is a company with a track record, crowdfunding isn't the same as buying a product via retail. Sometimes projects go wrong, with lengthy delays or worse. Though funding options might look like a 'bargain' there are more risks to your cash than waiting to buy a finished product.