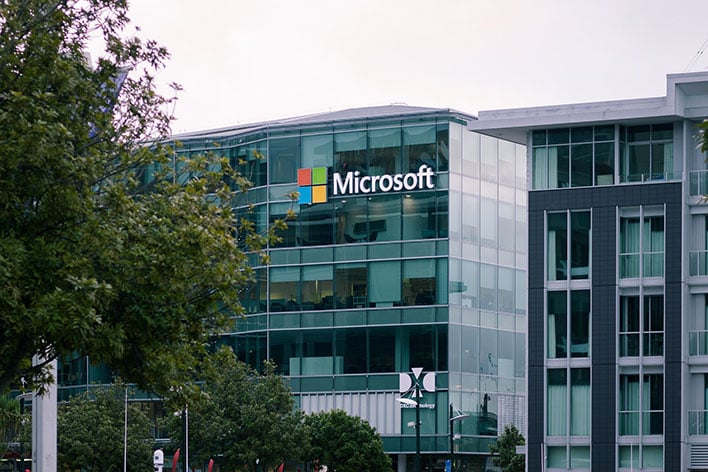 The United States Department of Defense (DoD) said it "wishes to reconsider" a Joint Enterprise Defense Infrastructure (JEDI) contract it awarded to Microsoft last October, which could be worth as much as $10 billion over the decade if all of the options outlined are exercised. In a subsequent statement, Amazon said it is "pleased" with the Pentagon's decision to reevaluate things.
JEDI will provide enterprise-level commercial Infrastructure as a Service and Platform as a Service to support the DoD's business and mission operations. IBM and Oracle had both been in the running for the lucrative contract as well, but were eliminated before the last round of bidding. That left Amazon and Microsoft to duke it out, with the latter ultimately winning out.
Amazon was not happy about losing the bid, and allegations have been raised that President Donald Trump influenced the DoD's decision to not award the contract to the world's largest online retailer, over his contempt at Jeff Bezos. Former Defense Secretary James Mattis claimed in a recently published book that President Trump once told him to "screw Amazon" when discussing the JEDI contract.
Things have only escalated since then. Amazon filed a lawsuit, and a judge recently commented that Amazon's case is "likely to succeed." Now the DoD is reconsidering the contract, though is holding firm that President Trump's alleged remarks did not influence its decision.
"A remand here is in the interests of justice because it will provide the agency with an opportunity to reconsider the award decision at issue in light of AWS’s allegations, this Court’s opinion, and any new information gathered during the proposed remand," the Pentagon wrote in a filing.
The Pentagon is asking for 120 days to reconsider how it evaluated the price of the contract and other factors. After that time, the Pentagon and Amazon will both decide if further legal action is warranted.
"We are pleased that the DoD has acknowledged ‘substantial and legitimate' issues that affected the JEDI award decision, and that corrective action is necessary. We look forward to complete, fair, and effective corrective action that fully insulates the re-evaluation from political influence and corrects the many issues affecting the initial flawed award," an Amazon Web Services spokesperson said.
Microsoft spokesman Frank X. Shaw told The New York Times that the DoD "made the correct decision when they awarded the contract." It's possible that Microsoft still ends up winning the contract, though it looks like we will have to wait a few months (and possibly longer) to know for sure.