The latest iteration of the Parallels Desktop application, Parallels Desktop 18, has a massive change log that includes better support for Apple Silicon and Windows 11. That better support also includes an easier install process, and even a better Linux install experience through some automatic downloads and configurations. Not only that, but Parallels also now supports game controllers being plugged into their Mac.

Parallels is a way of running Windows itself, and Windows Applications on your Mac. While there are free alternatives to try to perform the same actions as Parallels, the software is extremely well designed and extremely user-friendly, so much so that many users find the cost to be well worth it.


Parallels 18 introduces a one-click installer for Windows 11. The process automatically downloads and installs Microsoft's operating system within a virtual machine on the Mac. The update also improves compatibility for Window's x86 applications running on Apple Silicon. Developer Corel notes that reading and writing files to the Mac disk should now be quicker as a result.

The new update has improved USB 3.0 support for live streaming devices. These specifically include the Elgato HD60 and Startech USB 3.0 Video Capture device, but broader support is included as well. Parallels 18 is also able to share connected Xbox and DualShock game controllers across Windows and Linux.

There are three flavors of Parallels, Standard, Pro, and Business. Business Edition allows for better SSO/SAML authentication, deployment, and provisioning of Windows Virtual Machines to end users, and other business-oriented tasks and needs, as well as all the features of its lower-tier counterparts. Pro edition has the support for network boot, isolation of virtual machine networks if you have more than one virtual machine, and network conditioning function for M1 macs. Standard has support for Apple's ProMotion display, which includes automatic refresh rate changes, and helps with M1 Ultra performance, allowing for more resources being assigned to Windows which grants a 96% improvement in performance on Windows 11 compared to previous editions. 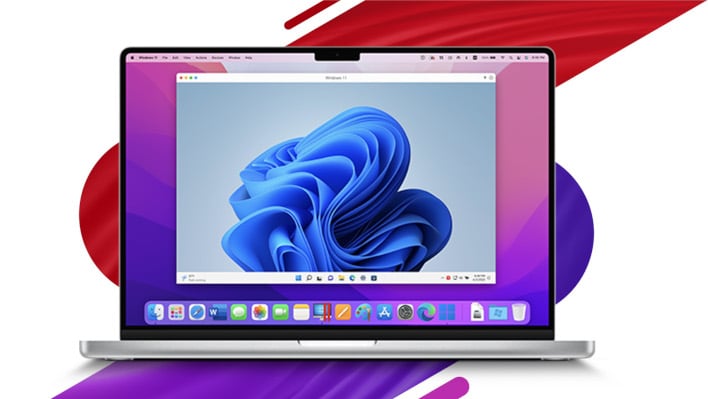 Image of Parallels Running Windows 18 on a Macbook


We know it's a hassle to have to switch between computers, or operating systems, or reboot into Boot Camp on older Macs, so perhaps this is a better solution for some of you. If you're interested in utilizing the Parallels Desktop application, you can grab it from the official website.