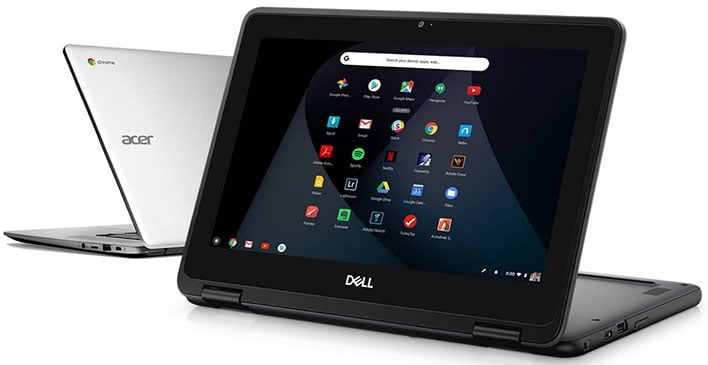 As far as Google is concerned, it is time to stop thinking about Chromebooks strictly in the sense of educational tools, and expand the view into the enterprise space as well. Parallels apparently shares this sentiment. As such, Parallels announced it has partnered with Google to bring full-featured Windows applications to the Chrome Enterprise platform.
"Remote work is a new reality, making efficiency, connectivity, speed, reliability, security and undisrupted access essential elements of a successful organization. At this key moment, our two organizations have formed a landmark partnership to equip enterprises with solutions that optimize their businesses and teams to meet the evolving challenges of modern work environments," Parallels said.
The ability to run Windows applications on Chrome OS is not a completely foreign idea, or ability. However, instead of streaming Windows apps using Parallels Remote Application Server (RAS) software, this partnership means they will run locally, through virtualization on Chromebooks.
This is a potential boon for businesses that want to run Windows applications in a native environment on Chrome OS, particularly Microsoft Office. And it certainly makes Chromebooks more attractive, though it is not clear if this will be available to consumers or just businesses.
In a blog post on subject, Google's VP of Chrome OS, John Solomon, explained that things had been trending in this direction and picking up steam prior to COVID-19 hitting. Going forward, he sees this initiative as being more important than ever.
"The COVID-19 pandemic has injected a stochastic shock to the trendlines. The idea of having cloud-based devices that can be accessible anytime and anywhere is no longer a nice-to-have, it will likely become a necessity for many businesses as they adopt a more versatile way of working. What we thought would be five years out is now happening far more quickly," Solomon said.
There is no mention of when Parallels Desktop will arrive natively on Chromebooks, though Solomon did say there will be "more to come on this over the coming months." So, stay tuned.