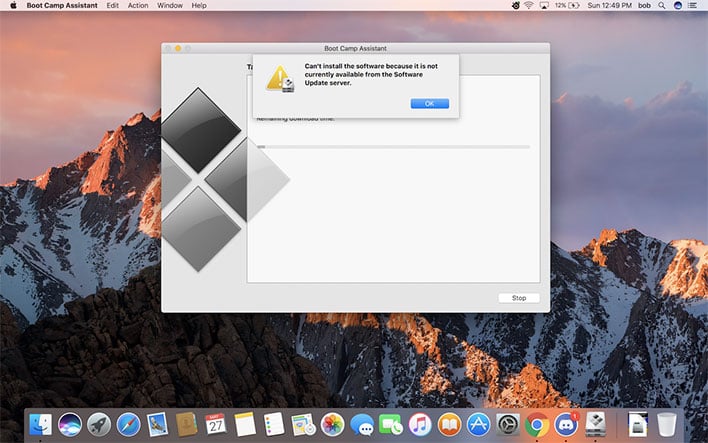 Apple's recent announcement that it has begun a two-year transition phase to move away from using Intel's CPUs in favor of its own custom ARM-based silicon in future Macs came as somewhat of a surprise, save for the rumors that emerged just ahead of the reveal. In light of the news, what is less surprising is that Boot Camp will likely join Intel in its banishment from Macs.

Well, I should say Intel CPUs, and not the company as a whole. Despite the looming breakup, Apple and Intel seem to be on a path to remain friends, with Intel confirming to us that "Apple is a customer across several areas of business, and we will continue to support them." We will have to wait and see how that pans out.
As it relates to the software side of things, Apple announced it will be "offering a range of technologies to make the transition to Apple silicon smooth and seamless." That includes new iteration of Rosetta, a dynamic binary translator developed by Apple.
"With the translation technology of Rosetta 2, users will be able to run existing Mac apps that have not yet been updated, including those with plug-ins. Virtualization technology allows users to run Linux. Developers can also make their iOS and iPadOS apps available on the Mac without any modifications," Apple explains.
As spotted by MacRumors, there is some interesting information about Rosetta 2 included in the developer documentation that was made available this week. For example, Rosetta 2 will not support virtual machine applications.
"Rosetta can translate most Intel-based apps, including apps that contain just-in-time (JIT) compilers. However, Rosetta doesn't translate the following executables: Kernel extensions [and] Virtual Machine apps that virtualize x86_64 computer platforms," the documentation states.
This means no native support for VMs like VMWare and Parallels for run Windows. In addition, Macs with ARM processors can't run Windows 10, so we can rule out Boot Camp as well.

Apple did say there are new Macs with Intel hardware on the horizon, and those will undoubtedly support dual-booting macOS Big Sur and Windows 10 via Boot Camp. But future Macs running on Apple silicon will not. Bummer.