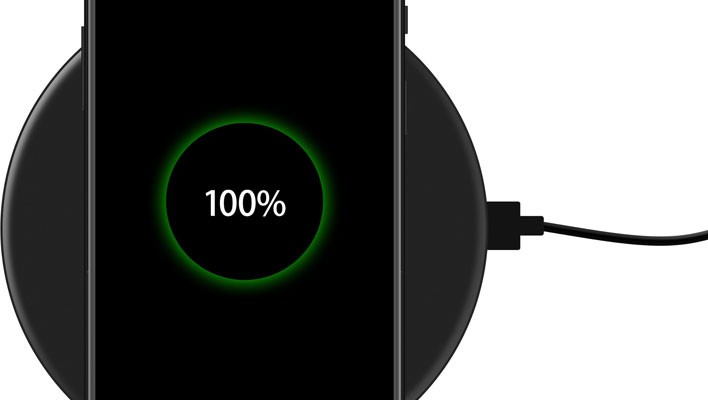 OnePlus has been able to build a reputation and a following by offering high-end features in Android handsets that undercut the competition on price. The OnePlus 7T, for example, is every bit a premium Android phone, but is significantly cheaper than some of the $1,000 top-shelf handsets on the market. That said, where is the wireless charging feature? Well, it might be coming to the OnePlus 8 Pro.
For whatever reason, wireless charging is an increasingly popular feature that has, up to this point, eluded OnePlus owners. Instead, OnePlus has been hanging its hat on Warp Charge technology. Users who shell out for the $30 Warp Charge adapter can take their OnePlus 7T from a comatose state to a 70 percent charge in a mere 20 minutes.
That's nifty, but it's still a wired solution. According to Max J., a prominent leaker, the OnePlus 8 Pro could finally bring wireless charging to the fold.
The image he uploaded (shown up top) is for illustration purposes only, so don't read too much into the render design. This is not rocket science though—assuming it works like practically every other handset that supports wireless charging, OnePlus 8 Pro owners would be able to plop their phone onto a charging pad and juice it up without jamming a cable into the phone (the charger itself needs to be plugged into the wall, of course).
Here's hoping the feature comes to fruition. Frankly, it would be about time. It would also join some other notable upgrades, one of which is a 120Hz refresh rate display. We know for sure a 120Hz display is on tap, because OnePlus is giddy with excitement about the feature. In a recent tweet, OnePlus CEO Pete Lau said the company's 120Hz "Fluid Display" offers "the smoothest, most effortless scrolling experience ever on a smartphone."
Beyond those things, the usual round of upgrades are reasonable expectations, including a bump to Qualcomm's Snapdragon 865 SoC, improved camera performance, and so forth.