Recent reports on NVIDIA's game streaming GeForce NOW service has mostly focused on a small handful of publishers bowing out at the 11th hour, presumably because they want a piece of the pie. That is not the case today. NVIDIA announced a concrete release schedule for new titles, with Control being among the first of the new batches bound for GeForce NOW.
NVIDIA says it intends on adding more games to GeForce NOW every Thursday. That is a huge deal, assuming NVIDIA can stick to its promise. Part of that is out of NVIDIA's hands, as a spattering of publishers play hardball. However, in the midst of it all, NVIDIA contended it still had 1,500 additional games queued up.
"Since opening GeForce NOW memberships for all, we’ve been working hard to enable more games, from the many developers who are eager to have their games streamed on nearly any device. We’ve been churning out games left and right," NVIDIA stated in a blog post.
"Starting this week, we’re aligning most releases to Thursdays. That way our members know when to look for library updates. GeForce NOW will continue releasing new and recent game launches as close to their availability as possible," NVIDIA added.
In a sense, this brings a bit of consistency and stability to a promising game streaming service that, quite frankly, is a stellar concept. GeForce NOW is a different beast than Google Stadia, which requires subscribers to purchase games for use on the platform, even if they already own the game elsewhere (such as through Steam). In contrast, GeForce NOW is not a digital distribution service—it's a cloud resource, and if you already own a supported title, you can play it on any device that works with the service.
This gives gamers flexibility on when and where they play their games. It also affords them the luxury of having access to a higher end PC than what they might already own. Subscribing to GeForce NOW, for some, is a cheaper proposition than building a gaming PC. 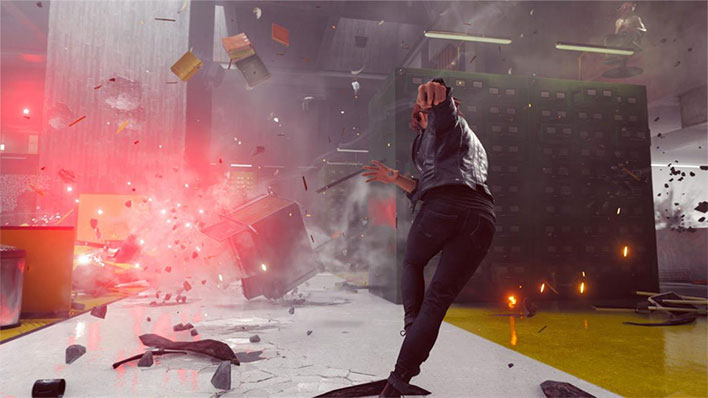 The onus falls on NVIDIA to hammer things out with publishers, and it is a work in progress. Now, however, we can expect to see new games added to the service every week. Control highlights the initial batch, which will also include Arma 2: Operation Arrowhead, Danganronpa: Trigger Happy Havoc, Dungeons 3, Headsnatchers, IL-2 Sturmovik: Battle of Stalingrad, Jagged Alliance 2 - Wildfire, and The Guild 3.
Control is also notable because it is exclusive to the Epic Games Store. Epic Games CEO Tim Sweeney has come out in support of GeForce NOW, saying that publishers "who want to move the game industry towards a healthier state for everyone should be support this kind of service."