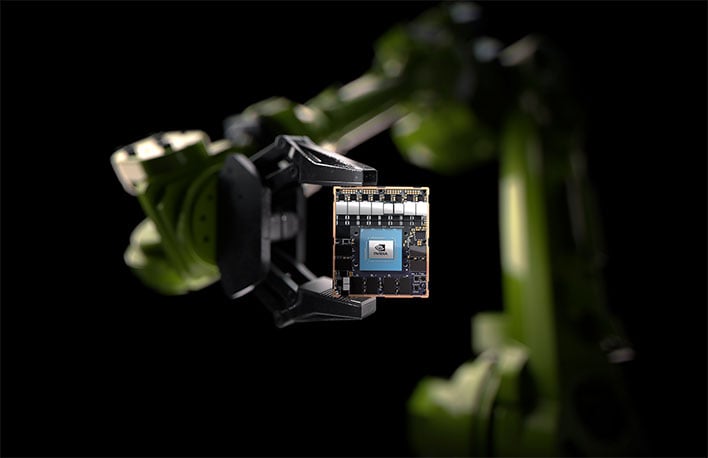 The cryptocurrency hangover appears to be firmly in NVIDIA's rear view mirror at this point. The GPU maker posted its fourth quarter earnings report for the three-month period ended January 26, 2020, and investors reacted positively to the strong numbers and outlook. As a result, shares of NVIDIA are up more than 6 percent this morning.
NVIDIA finished its fiscal year with $3.11 billion in the fourth quarter. That represents a monstrous gain of 41 percent compared to the same quarter a year ago, and a more modest 3 percent jump sequentially. Full-year revenue actually went down 7 percent, but still registered $10.92 billion.
"Adoption of NVIDIA accelerated computing drove excellent results, with record data center revenue," said Jensen Huang, founder and CEO of NVIDIA. "Our initiatives are achieving great success.

As one might expect, NVIDIA also used the opportunity to give a shout out to its RTX technology. According to Huang, ray tracing via RTX hardware is "reinventing computer graphics, driving powerful adoption across gaming, VR and design markets, while opening new opportunities in rendering and cloud gaming."

Gaming is still NVIDIA's biggest earner, accounting for nearly $1.5 billion in revenue during the fourth quarter (up 56 percent year-over-year). However, NVIDIA's efforts in the data center are paying off in a big way.
Data center products drove $968 million in revenue during Q4, up 43 percent from the same quarter a year ago, and 33 percent sequentially. Out of all the categories. data center hardware saw the biggest sequential growth, and it wasn't even close.
"The year-on-year increase [in data center revenue] was driven by hyperscale and vertical industry end customers. Sequential growth reflects stronger vertical industry and hyperscale sales. Full-year revenue was $2.98 billion, up 2 percent, driven by vertical industry growth partially offset by lower hyperscale sales," NVIDIA said.
Looking ahead, NVIDIA expects to rake in $3 billion at the end of the current quarter. That figure is down $100 million from previous estimates because of uncertainty related to the Coronavirus outbreak. NVIDIA is erring on the side of caution, it seems, while still predicting an overall strong quarter.

NVIDIA did not look past the first quarter, but it has some exciting things in the pipeline, namely its Ampere GPU launch. In addition, its recently launched GeForce NOW game streaming service is off to a mostly positive start, save for Activision being a buzzkill and pulling its games out of the mix.