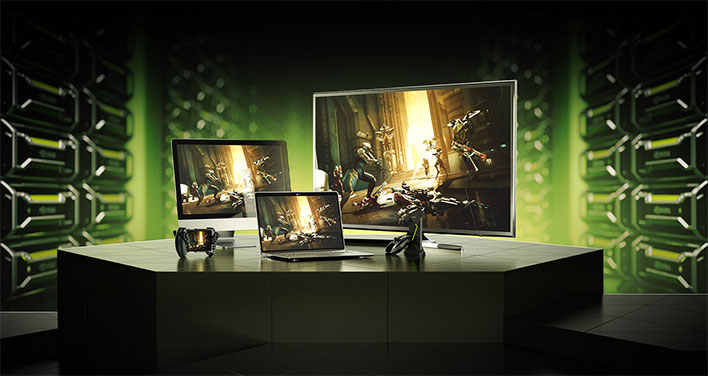 This will come as little consolation to early GeForce NOW adopters, but that whole messy situation with Activision-Blizzard abruptly pulling its titles from the game streaming service right after its public launch? Well aw shucks, folks, it was just a simple "misunderstanding." In short, NVIDIA thought the agreement it had with Activision during the GeForce NOW beta period extended into the public launch.
NVIDIA was wrong. So, what does this mean for gamers? Nothing has really changed—GeForce NOW is still devoid of Activision games, and there is absolutely no clarity on when or even if they will return to the service at a later date.
"Activision Blizzard has been a fantastic partner during the GeForce Now beta, which we took to include the free trial period for our founders membership," Nvidia said in a statement. "Recognizing the misunderstanding, we removed their games from our service, with hope we can work with them to re-enable these, and more, in the future."
According to Bloomberg, which reported NVIDIA's statement, Activision wanted a commercial agreement with NVIDIA before making its titles available to the public on GeForce NOW. Therein lies the rub—up to this point, NVIDIA has veered away from commercial agreements with publishers. NVIDIA's hope is that gamers can purchase titles wherever they see fit—Steam, Epic Games Store, and so forth—and play them on GeForce NOW.
NVIDIA misread the room, so to speak, and failed to remove Activision's games prior to launch like it should have done, and like it had done with a few other publishers (Capcom and Rockstar Games being two examples). GeForce NOW vice president and general manager Phil Eisler told The Verge that some publishers "are taking a while to make up their minds."

Maybe some or all of them will eventually warm up to the concept that is GeForce NOW, including Activision, but there is no guarantee. As it pertains to Activision, we can seemingly rule out a few conspiracy theories, like Google getting an exclusive agreement via Stadia or Activision starting its own gaming service. Regardless, the end result is the same—for the time being, Activision's games are not available on GeForce NOW.