NVIDIA has teamed up with renowned Minecraft artist Ushio Tokura to create the "world's largest virtual wonderland experience" using the company's GeForce RTX hardware. Called RTX Winter World, the massive map is available now, and don't worry about dressing warm—just crank the dial on your thermostat or whip up a cup of hot cocoa if you're feeling chilled.
Winter Wonderland is set across three snowglobes, including a winter wonderland, Santa's village, and a winter environment. They collectively span a virtual space of 38 acres, which as NVIDIA points out is four times the size of the biggest real-world seasonal event in Austria. 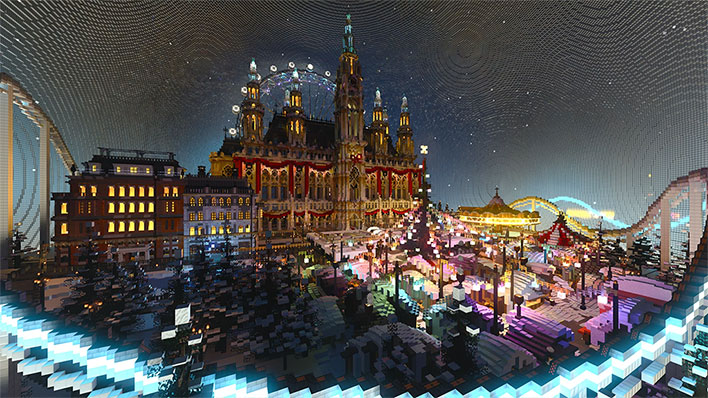 "Real-time ray tracing stunningly simulates the physical behavior of light, enabling reflections, shadows and other realistic lighting effects, as visitors are transported to a world offering a full winter wonderland and Santa’s grotto experience," NVIDIA says.
There's a delightfully charitably spin to the Minecraft mod. NVIDIA also teamed up with Great Ormond Street Hospital Children's Charity (GOSH). Part of the map features a full recreation of the GOSH building, where visitors can pop in and donate using an in-game QR code. Alternatively, donations are being accepted through Tiltify.
"By taking on a stream to fundraise for GOSH Charity this Christmas, you’ll be helping fund vital resources and support that Great Ormond Street Hospital (GOSH) needs to get seriously ill children like Henry (who’s been animated in our Christmas film) one step closer to home. You’ll also be helping bring Christmas to the hospital for those children whose treatment needs to continue over the festive season, and fund important services for GOSH staff working to care for the children," the charity page explains. 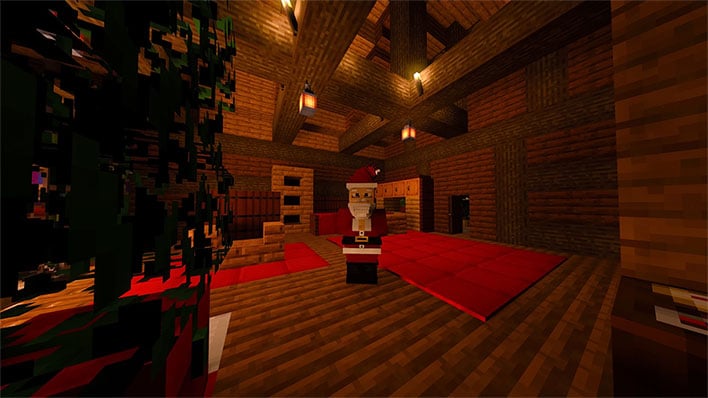 There is a whole lot to take in as you wander about, such as roller coasters, a Christmas village, a frozen ice-skating lake, a penguin postal service and petting zoo tent, and more. There are also playable storylines and quests to occupy your time, including with Santa.
"Christmas film aficionados should also keep a lookout for Easter Egg homages to famous festive flicks such as Elf, It’s A Wonderful Life, and The Polar Express," NVIDIA says.
Kudos to NVIDIA for doing this, and it couldn't have chosen a more popular platform. The same holds true for viewership, with Minecraft recently becoming the first game to hit 1 trillion views on YouTube.

The map is available to download via Planet Minecraft.