Who would have thought that Minecraft would be worth the effort to add ray-traced visuals to its blocky textures and comparatively simple graphics? But that's what happened, and the Minecraft with RTX beta turned out to be a wonderful example of how ray tracing can benefit a game, as we saw in our hands-on impression. Now a month later, gamers who have been pining for more are getting their wish.
NVIDIA today announced the release of the Creator Worlds Pack #2. It features five new Creator Worlds with new gameplay, and of course those delightfully traced rays that make Minecraft with RTX pop. And according to NVIDIA, you can expect to see new uses of RTX's ray-traced effects, along with new physically-based textures for "jaw dropping visuals."

These are varied worlds with some neat looking visuals. The image at the top of the article is from PearlescentMoon, and is called Hilltop Lifestyle RTX. It is an outdoor map utilizing many of the concepts the modder demonstrated in her previous ray tracing example called Color, Light and Shadow RTX. 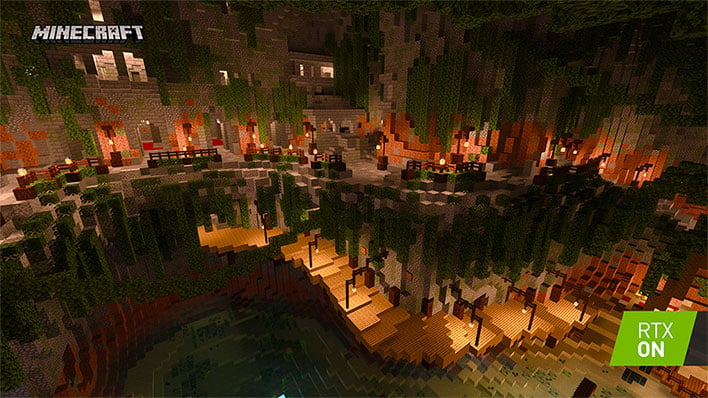 The image directly above is from Egg Hunt RTX by Feed The Beast.
"‘Feed The Beast’ has a long history, beginning life as a custom challenge map and mod for Minecraft. Since release in 2012, the unique experience expanded to include more maps, more features, new mods and a ton of stuff that modders the world over rely on for their own maps, mods, and custom games. And the folks working on the project formed the Feed The Beast Team, becoming the go-to experts for unique, engaging challenge map gameplay in Minecraft," NVIDIA explains.
Egg Hunt RTX is a hand-crafted standalone map that takes players into a cave with puzzles and challenges. The ultimate goal is to find the eggs and complete the two game modes as fast as possible. 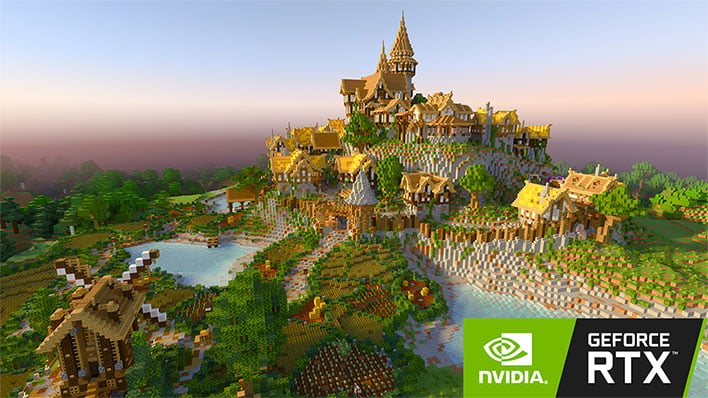 Another one of the new worlds is Medieval RTX by Aurelian_Sama. As the name implies, it consists of a medieval villages, located below an ancient ruin. This one highlights lighting and shadows cast from both daytime and nighttime settings. 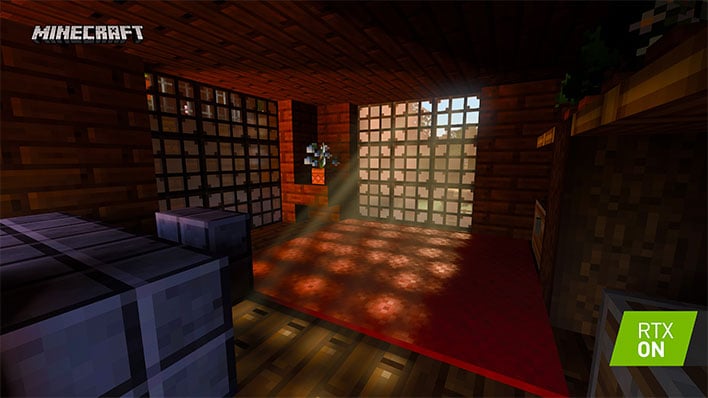 If a medieval village doesn't suit your fancy, The Dark Village RTX by Wyld takes players to an abandoned village that has been overgrown in the forest.
"Underneath this village lies the realm of hidden horrors – will your sanity survive as days pass? Follow the quest, solve interactive puzzles, discover secrets, and experience rich ray-traced shadows," the description reads. 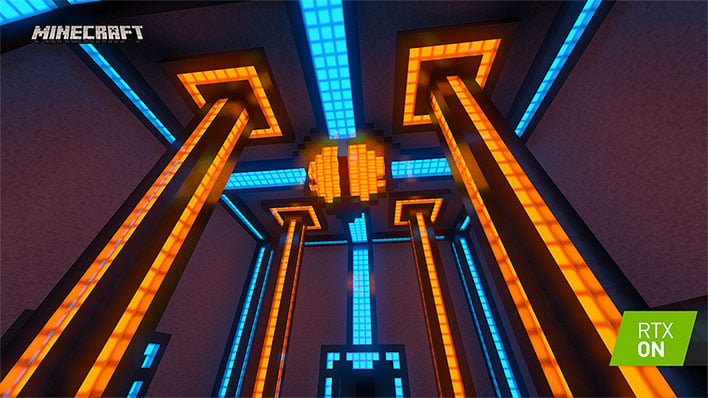 The last one on tap is The Observer RTX by IAmSp00n. We have not played it, but judging by the screenshots, there is a short of Tron vibe going on.
This one starts with the player deep underground with mysterious to be uncovered, including the lore of the land.
In addition to the new Creator Worlds, NVIDIA says it recently released a new version of the client Minecraft with RTX app. The updated release is supposed to improve performance, make better use of tray-traced effects, and generally polish up the experience.