NVIDIA’s new mobile GPU, the RTX 3080 Ti, has finally made its way into consumers’ hands. That means we finally get a peek at its GA103 GPU, which turns out to be quite a beast in both size and performance. 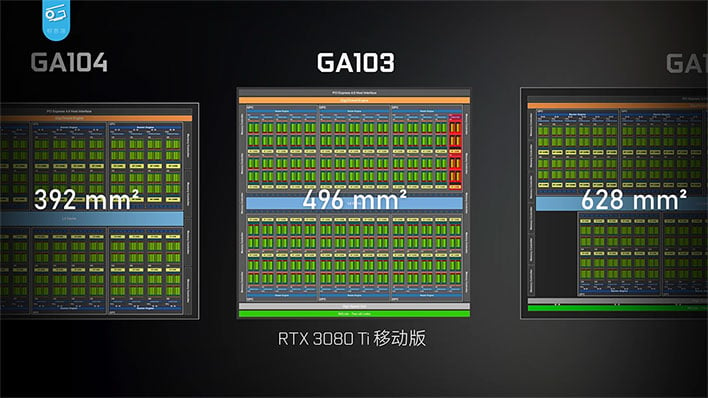 The full GA103 also has ten 32-bit memory controllers. That should, in theory, allow for a maximum 320-bit memory bus. On the other hand, its mobile counterpart only comes with a 256-bit interface. NVIDIA has yet to release the GPU’s official block diagram, though, so this information can’t yet be confirmed.

What can be confirmed is the die size of the GA103 being shipped in laptops now. YouTuber Geekerwan tore his high-powered Razer gaming laptop down and measured the GA103 GPU. The die measures 496 square millimeters, 26.5 percent larger than the GA104 found in NVIDIA’s RTX 3070 Ti mobile graphics card. 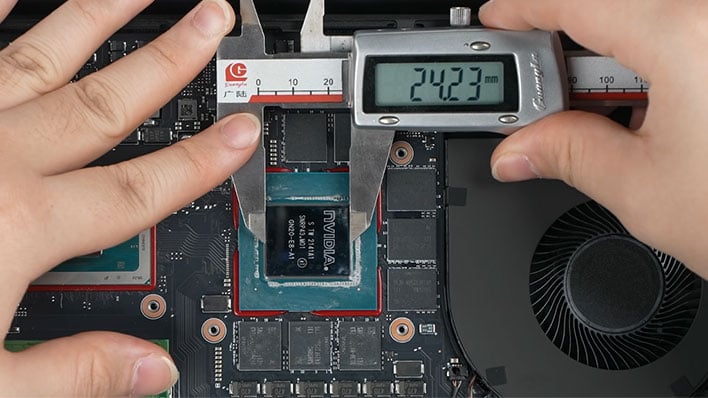 So far, the GA103 is only being used in laptops. However, some believe the GPU may find its way into desktop versions of the RTX 3070+ series at some point. That would be an excellent way to put wafers with non-functional CUDA cores to good use.