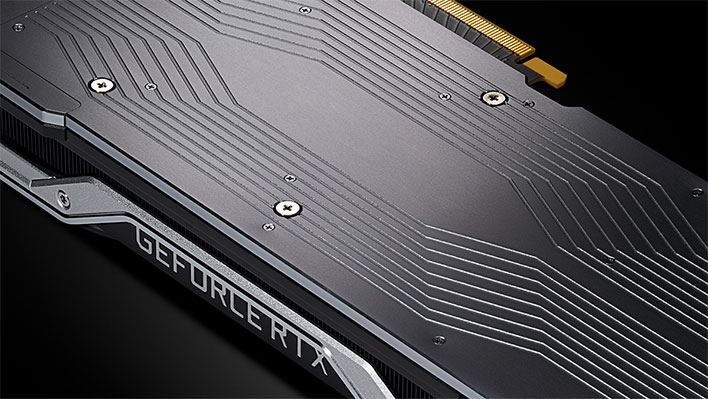 I suspect that by the end of this summer, we will finally have some official clarity on what the next round of graphics cards will bring. Reinforcing that notion is a fresh rumor claiming NVIDIA has taped out a pair of mainstream Ampere cards headed for the consumer market, those being the GeForce RTX 3060 and Geforce RTX 3050.
They are considered mainstream in the sense that they are not professional graphics cards, like the Quadro series, nor do they fall into that in-between category served by the Titan RTX. They will still cost a chunk of change, though. For reference, the GeForce RTX 2060 launched at $349. It remains to be seen if Ampere will represent a price bump at each model tier.

We will likely find out where pricing lands soon enough. According to Twitter user Kopite7kimi, who has been hitting the leak scene rather hard lately, NVIDIA taped out a couple of Ampere GPUs a few weeks ago. Namely, the leaker says NVIDIA taped out its GA107 and GA106 GPUs.

A tape-out is the final circuitry design before being sent out to manufacturing. It's the last phase before production begins in earnest. If NVIDIA has actually taped out its GA107 and GA106 Ampere GPUs, we can expect retail products to follow fairly soon.
Rumors are kind of all over the place on Ampere (as it applies to the consumer sector), but if going by this leaker's latest tweets, here's what we are looking at...
The GA107, meanwhile, could power a GeForce RTX 3050. We would expect the lower priced parts to debut sometime later than the higher end models, though the tape out rumor adds some fuzziness to an already fuzzy situation.

It gets even murkier at the higher end. For example, there has been chatter for a GeForce RTX 3090 with 5,248 CUDA cores and 24GB of GDDR6X memory, though that could also end up being another iteration of the Titan RTX. Or, less likely, even a GeForce RTX 3080 Ti.
Adding some intrigue to the upcoming launch is the fact that AMD will debuting its RDNA 2 graphics architecture later this year, including Big Navi. And of course Intel has repeatedly said it will launch its first modern discrete GPU in 2020 as well, though I think the initial debut will be a lower end part. Still, it's shaping up to be an interesting second half of the year.