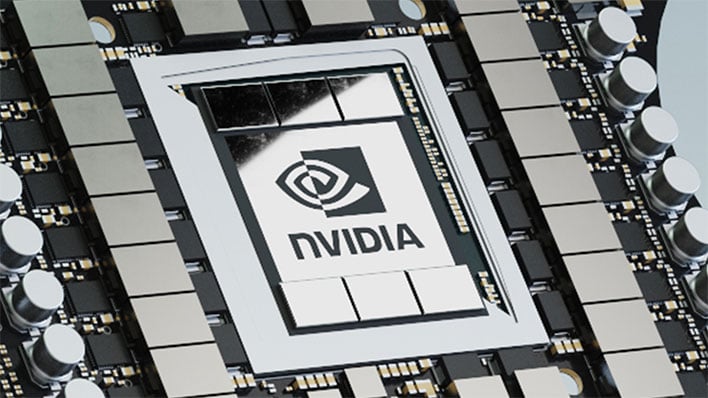 Death and taxes are certainties, but if you want to add a third inevitability to the list, it would be this: more Ampere-based GeForce RTX graphics card rumors. Those are going to play out until NVIDIA finally unveils whatever it has up its sleeve. As it were, the latest rumor roundup highlights supposed specifications for the GeForce RTX 3090 and GeForce RTX 3080.
None of the information is verified, and as we have seen in prior generation releases, leaks and rumors are wildly hit or miss. Regardless, a round-up the latest details based on a couple of Twitter posts from known leakers, needs to be met with the usual dose of skepticism as rumors—and particularly those associated with NVIDIA's products—are simply unreliable.
That said, what are we looking at here? Well, in the past few weeks, Twitter users KatCorgi and Kopite7kimi posted some potentially revealing and interesting information about Ampere's entry into the consumer market. As you might already know, NVIDIA has already unveiled Ampere, but only for the high performance computing (HPC) market. Consumer cards will come later.
Here are the Twitter posts...

If these specifications are correct, then the GeForce RTX 3090 will end up where it was previously thought the GeForce RTX 3080 Ti would reside.
To be clear, it is not certain that any of these model names will materialize, though obviously they follow NVIDIA's naming pattern. What makes it difficult to predict, though, is how high NVIDIA is willing to go straight out of the gate. Adding some intrigue to the situation, AMD will be launching its RDNA 2 cards this year, including its so-called Big Navi GPU, which could prompt NVIDIA to come out swinging.
Keeping things neat and tidy, here is what the latest roundup of rumors suggest, compared with the cards they replace...
Those are some big time upgrades across the board. In addition to whatever architectural improvements Ampere brings to the table, the most recent collection of leaks and rumors suggest major bumps in CUDA cores at each model level.
It all seems rather aggressive, but again, that might be warranted with NVIDIA getting ready to face off against AMD's next round of GPUs. But as always, we will have to wait and see what exactly pans out.