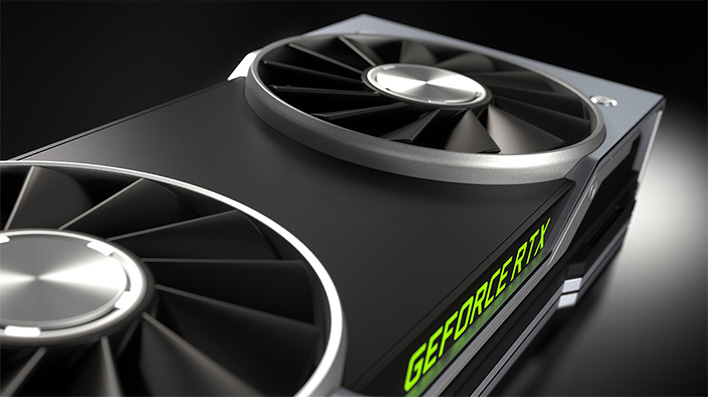 Look for NVIDIA to launch its next-generation GeForce RTX 3000 series of graphics cards around a month from now, if the latest leaked information is correct. These cards will feature the NVIDIA's Ampere GPU architecture. Ampere, of course, has already launched, though so far only in the machine learning sector with the A100 Tensor Core GPU.

That part touts 54 billion transistors packed into a die that measures 826mm2. There are a total of 6,912 FP32 CUDA cores, 432 Tensor cores, and 108 streaming multiprocessors. It also wields 40GB of HBM2e memory with a maximum memory bandwidth of 1.6TB/s. FP32 compute performance checks in at 19.5 TFLOPs.
Whatever emerges in the consumer sector will be a bit different. According to GamersNexus and the board partners it spoke with, NVIDIA will launch its GeForce RTX 30 series on or around September 9, 2020. Pricing is not yet known, and according to the site, NVIDIA CEO Jensen Huang often decides on price points at the very last minute.
As for the specifications, the folks at WCCFTech say they received an overview from one of its sources of what is on tap. According to that information, there are half a dozen boards planned. The flagship offering is the PC132-10 board with 24GB of onboard RAM, which will replace the GeForce RTX 2080 Ti as the top-end part.
Below that are the PC132-20 with 20GB of memory and PC132-30 with 10GB of memory. These will replace the GeForce RTX 2080 Super. The source also mentions a PC142-0 board with 16GB of RAM and a PG142-10 board with 8GB of RAM, both of which will replace the GeForce RTX 2070 Super.
Lastly, NVIDIA is said to be prepping a PG190-10 board with 8GB of memory, to serve as a next-gen replacement for the GeForce RTX 2060 Super.
Here's is a tidy overview...
The naming of the upcoming cards has not been confirmed. Most leaks and rumors have referred to them as GeForce RTX 3000 series parts, though it is entirely possible that NVIDIA goes with something different. We will just have to wait and see.
It will also be interesting to see when AMD launches its own round of next-gen cards, and in particular its Big Navi part, which it said will be a halo product.