As it was for many companies, last week was a busy one for NVIDIA, with the firm making a bunch of announcements at CES—the GeForce RTX 4070 Ti was finally made official, Ada Lovelace went mobile, and more. Now that CES week is in the rear view mirror, it's back to the usual deluge of leaks and rumors, one of which points to a major shift in NVIDIA's GPU driver strategy by way of artificial intelligence.
Straight to the point, the latest rumor suggests NVIDIA is working on AI-optimized drivers and that the first batch could release very soon (as in, the first quarter of this year).

Part of what makes this rumor intriguing is the source—it comes from CapFrameX, developer of the same-name frametime capture and analysis tool (which itself is based on Intel's PresentMon). There are levels when it comes to rumors, and the source of this one is certainly more credible than a random forum post or some other obscure destination.
That said, CapFrameX also caveats that we should "take this with a grain of salt." Sound advice for rumors and leaks in general, but point taken.
According to CapFrameX, NVIDIA's AI-optimized GPU drivers would deliver up to 30 percent better performance, with gamers being able to expect around a 10 percent boost on average. It's not clear if these figures are specific to the GeForce RTX 40 series or if they apply to previous generation graphics cards as well, but those are solid gains for sure assuming they hold up.
The question was raised to what exactly AI would be optimizing in the driver stack, to which CapFrameX replied, "Instructions, throughput, hardware utilization, threading, settings..." 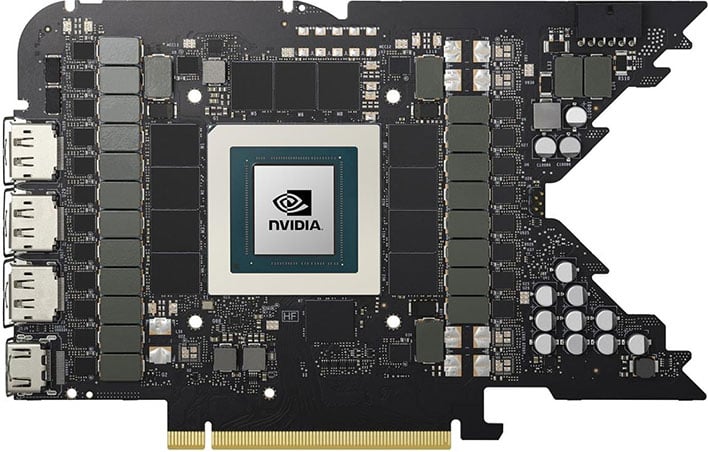 How plausible is this really? From our vantage point, we wouldn't be the least bit surprised if NVIDIA started touting AI-optimized drivers in the coming months, or sometime further down the line. Artificial intelligence has permeated practically every aspect of technology in some way, and NVIDIA has leaned on AI pretty hard in various offerings.
As it applies to graphics, one only need look at DLSS 3, the latest version of NVIDIA's AI-powered upscaling technology, as well as the use of Tensor cores for both gaming and data center projects. Looking at it more broadly, AI technologies have played increasingly bigger roles in NVIDIA's financial bottom line. NVIDIA CEO Jensen Huang touched on this during the company's last earnings report.
"The ramp of our new platforms―Ada Lovelace RTX graphics, Hopper AI computing, BlueField and Quantum networking, Orin for autonomous vehicles and robotics, and Omniverse―is off to a great start and forms the foundation of our next phase of growth," Huang said last November.

"NVIDIA’s pioneering work in accelerated computing is more vital than ever. Limited by physics, general purpose computing has slowed to a crawl, just as AI demands more computing. Accelerated computing lets companies achieve orders-of-magnitude increases in productivity while saving money and the environment," Huang added.
None of this is to say that a pivot towards AI-optimized GPU drivers for gaming is a foregone conclusion. However, it's at least plausible, whether talking about near-term or long-term strategies.