You might not be able to find a current generation graphics card in stock and/priced anywhere close to MSRP, but be that as it may, NVIDIA still managed to rake in $5 billion in revenue during the fourth quarter, its most ever for the last quarter of the year. Not only did NVIDIA set a record, it increased its Q4 revenue by a staggering 61 percent compared to the same quarter a year ago. That's a big time gain.

"Q4 was another record quarter, capping a breakout year for NVIDIA’s computing platforms," said Jensen Huang, founder and CEO of NVIDIA. "Our pioneering work in accelerated computing has led to gaming becoming the world’s most popular entertainment, to supercomputing being democratized for all researchers, and to AI emerging as the most important force in technology."
Individually, NVIDIA set Q4 revenue records in both its Gaming and Data Center divisions, the former with $2.5 billion (up to 10 percent sequentially, and 67 percent year-over-year), and the latter adding $1.9 billion to the pot (up just slightly from the previous quarter, and 97 percent from a year earlier). And for the full year, Gaming managed to hang onto its lead, with $7.76 billion, compared to $6.70 for the Data Center, both of which are record figures as well.
All of this comes on the heels of launching Ampere in both segments. Perhaps making the understatement of the year, Jensen noted "demand for GeForce RTX 30 series GPUs is incredible" as an increasing number of "gamers jump to ray tracing, DLSS, and AI."
Indeed, the GeForce RTX 30 series has been a hot ticket item. NVIDIA's newest addition to the lineup, the GeForce RTX 3060 (non-Ti variant), goes on sale today and is already seeing inflated pricing in early listings. Simply put, there is a silicon shortage for several of today's most desirable PC and console hardware.

That makes NVIDIA's Q4 performance all the more impressive. Outside of gaming, NVIDIA continues to bolster its efforts in the data center with key AI technologies and acquisitions, in particular buying Mellanox for $6.9 billion. And looking ahead, the sky is the limit, with NVIDIA making a spirited run at buying Arm—a deal is already in place, pending regulatory approval in various territories.

“Mellanox has expanded our footprint across the data center. And we are making good progress toward acquiring Arm, which will create enormous new opportunities for the entire ecosystem,” Jensen added.

The elephant in the room, of course, is the impact cryptocurrency mining is having on GPU availability, and NVIDIA's bottom line. Pertaining to the latter, NVIDIA chief financial officer and executive vice president Colette Kress downplayed the situation, saying it is difficult to monitor crypto-driven sales but that analyst estimates are on the low side. 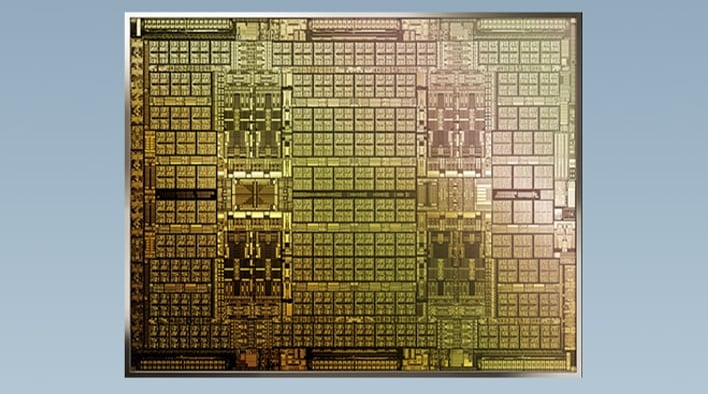 "Since our GPUs are sold to graphic card manufacturers and then onto distribution, we don't have the ability to accurately track or quantify their end use. Analyst estimates suggest that crypto mining contributed $100 million to $300 million to our Q4 revenue or a relatively small portion of our Gaming revenue in Q4," Kress said during a conference call.
Jensen also touched on the topic, pointing out that halving the hash rate on the GeForce RTX 3060 will help the situation, but that it will take time.
"The primary source these days come from powerful ASICs. And then there's some that comes from our GPU and other GPUs in the marketplace. And so I think that this is going to be a part of our business. It won't grow extremely large no matter what happens," Jensen said.
NVIDIA also intends to sell graphics cards purpose-built for cryptocurrency mining starting next month. And looking ahead, the company forecasts hitting $5.3 billion in overall revenue in the current quarter. Despite the optimism, however, NVIDIA's stock is down 2.7 percent following the release of its Q4 earnings. Go figure.