The tagline for 2020 should be "Out of Stock," because that pretty much sums things up in a nutshell, at least as it pertains to consumer purchases (granted, we have had bigger problems this year, no doubt about that). It is the mantra repeated by retailers when going in search for the latest hardware, including NVIDIA's desirable GeForce RTX 30 series. What really gives?
A most basic explanation is that demand is exceeding supply (no duh, right?). Despite conspiracy theories of an artificial shortage, the reality is these cards are highly sought after, because the performance leap per dollar versus the previous generation is so good. As a result, the GeForce RTX 3080 arrived and sold out instantaneously, followed by the GeForce RTX 3090 coming out and vanishing from shelves in a nanosecond.
Then a month later, the GeForce RTX 3070 debuted and disappeared from store shelve in the blink of an eye, followed by the GeForce RTX 3060 Ti pulling the same frustrating disappearing act. NVIDIA CFO Colette Kress talked a little about this during a recent NVIDIA webcast at the Credit Suisse 24th Annual Technology Conference.
According to Kress, NVIDIA saw "overwhelming demand" for its GeForce RTX 30 series as a whole, while the "channel remains lean." What it boils down to is not enough chips. 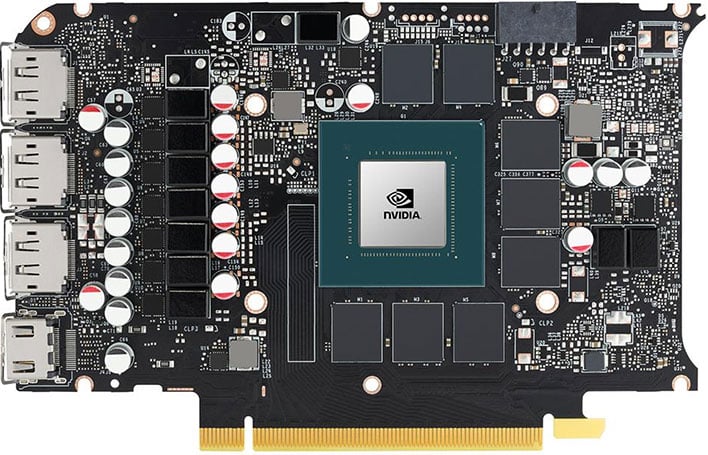 "We do have supply constraints and our supply constraints do expand past what we're seeing in terms of wafers and silicon, but yes some constrains are in substrates and components. We continue to work during the quarter on our supply and we believe though that demand will probably exceed supply in Q4 for overall gaming," Kress said.
It is difficult to imagine this being an artificial shortage, because if NVIDIA had the chips it needs to meet demand, it could get out ahead of AMD, which is dealing with its own supply constraints at the moment. Both the GeForce RTX 30 series and Radeon RX 6000 series are capable lineups, and at this point, I would think many gamers would simply pounce on whichever one is available. Not every gamer would, of course, but probably a lot of them.
Unfortunately, it sounds like the situation will continue for the final weeks of 2020, and even several weeks into next year, realistically.
"We do expect it probably to take a couple months for it to catch up to demand, but at this time, it's really difficult for us to quantify. So we stay focused on trying to get our cards to the market for this very important holiday season. And each day, things continue to improve. But before the end of the quarter, we'll be able to provide some more information," Kress added.
So there is some insight into the situation. Of course, the plague of bots only exacerbates things, but even without them, it sounds like this was an inevitable situation. Here is hoping to a better 2021 (all around, not just in consumer hardware).