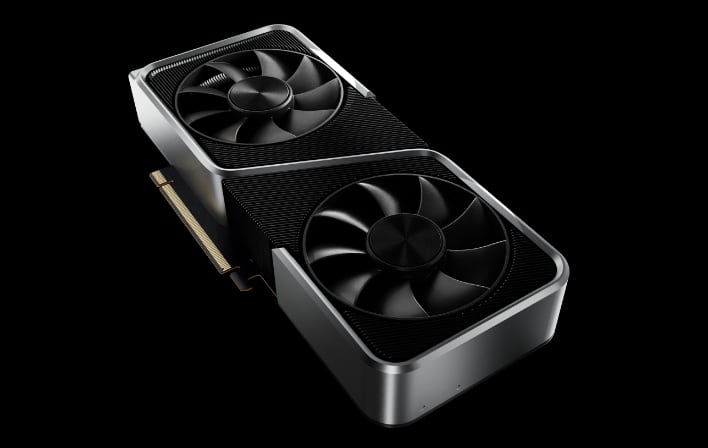 On Thursday morning, NVIDIA made two big announcements regarding GPUs. The company revealed that it will be launching the Crypto Mining Processor (CMP) HX GPU Series specifically for the mining community. According to NVIDIA, the GPUs used in these cards "don’t meet the specifications required of a GeForce GPU and, thus, don’t impact the availability of GeForce GPUs to gamers.”

The second big announcement, and one that was a bit more concerning to those that like to mine for cryptocurrency on the side, was that the incoming GeForce RTX 3060 is going to be handicapped with respect to mining performance. NVIDIA can "detect specific attributes of the Ethereum cryptocurrency mining algorithm" with the GeForce RTX 3060 and cut mining performance by roughly 50 percent.

This is obviously a move to shift demand for the GeForce RTX 3060 away from the crypto mining community and more towards those that are primarily motivated by gaming. However, many people were wondering if NVIDIA's crypto mining detection is built-in to the drivers or the actual BIOS for the GeForce RTX 3060. Well, according to a new clip from YouTuber CrytpoLeo (via VideoCardz), we now know that it is the latter.

And given that this performance hit came with no drivers installed, the GeForce RTX 3060 appears to be the first GPU from NVIDIA with this crypto mining detection integrated into the BIOS. While this might be enough to thwart casual crypto miners, we must wonder if the enthusiast community will work their magic with custom BIOS images to remove this restriction in the future.

What's unknown at this point, however, is if NVIDIA's crypto mining detection will expand to other members of the GeForce RTX family. The GeForce RTX 3060 might be the first, but we have the feeling that it won't be the last if the company's primary motivation is to move as many crypto miners over to the CMP HX family as possible. Those GPUs are rated for 26 MH/s (30HX) on up to 86 MH/s (90 HX), with the first cards coming to market this quarter.