GeForce RTX 3060 Cards Go On Sale At Noon, But Retail Pricing Is Already Out Of Control

Earlier this month, NVIDIA confirmed that its new entry-level GeForce RTX 3060 would launch on February 25th. Last night, the company added a bit more clarity to the launch, revealing that the first retail cards would be available starting today at noon EST.

The GeForce RTX 3060’s imminent availability is welcome news to budget gamers out there attracted to the $329 retail price that NVIDIA has bestowed upon the GeForce RTX 3060, but scoring one for that price may be nearly impossible. A quick trip over to Best Buy shows that the retailer currently has three GeForce RTX 3060 cards listed as “Coming Soon,” and none of them are anywhere close to $329. 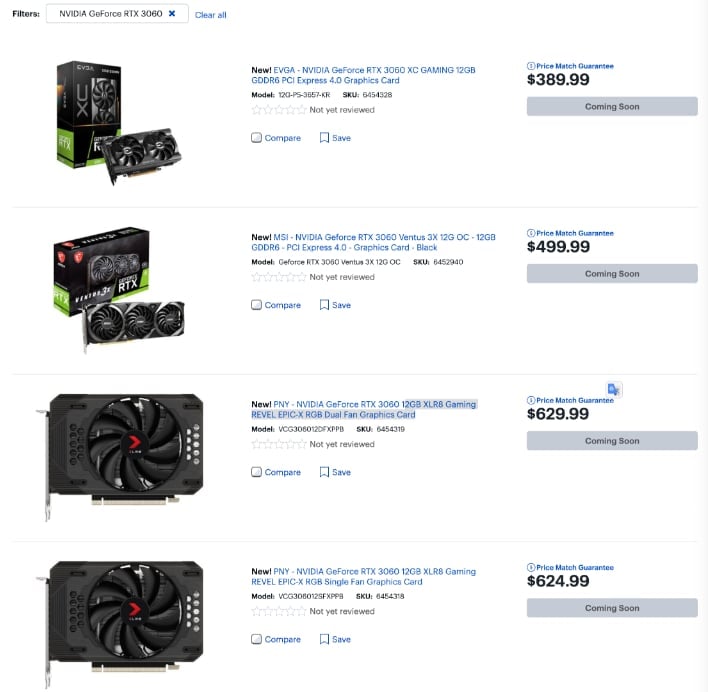 The cheapest card available tomorrow from Best Buy is the EVGA GeForce RTX 3060 XC Gaming, which comes in at $389.99. That’s just $10 cheaper than the MSRP for the higher-performing GeForce RTX 3060 Ti. Prices skyrocket from there, with the MSI GeForce RTX 3060 Ventus 3X 12G OC ringing in at $499. But if you want to get really comical with pricing, the PNY GeForce 3060 12GB XLR8 Gaming REVEL EPIC-X RGB (say that three times fast) is listed at an astronomical $629, or $300 over the suggested MSRP for bone stock GeForce RTX 3060 cards. 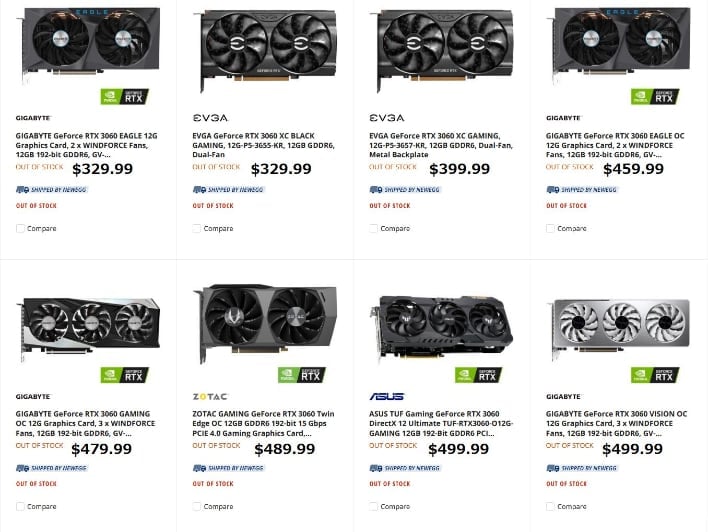 If these prices turn out to be legit, we’re more than a bit disappointed at how high some of these new “entry-level” graphics cards are priced. While it’s admirable that EVGA and MSI will be offering cards at the $329 price point, the vast majority seem to be priced in the $400 to $500 range (and beyond). Tell us what you think in the comments section about the seemingly out of control prices for modern PC gaming hardware.