Late last week, it was revealed that a global spyware campaign was targeting politicians, activists, and journalists worldwide. Initially, the company behind the software for spying, NSO Group, was blamed for the data leak and supplying its software to authoritarian regimes. However, NSO Group has since rejected these claims to try and deflect rather than publicly investigate what has happened.

Published yesterday, a news article called "Enough Is Enough!" was posted on NSO Group's website. Within this article, the company explained that the spyware concern was a "planned and well-orchestrated media campaign lead by Forbidden Stories" and then "pushed by special interest groups." Subsequently, the company seems to be pouting in a way, stating that NSO Group "will no longer be responding to media inquiries on this matter and it will not play along with the vicious and slanderous campaign." 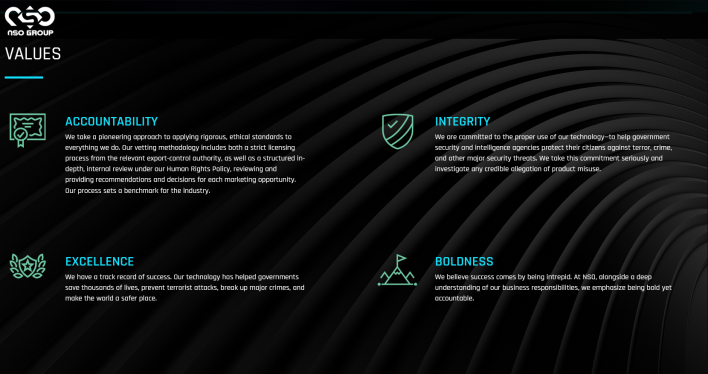 As such, it reiterated in the article that the rumored list of targets "is not a list of targets or potential targets of Pegasus," nor are the numbers in the list related to NSO Group. The BBC also spoke to the NSO Group, who stated that the list of information is "insane" because "Since the beginning of the company, we didn't have 50,000 targets total."

Despite these claims, the NSO Group does not have a great track record, as even Microsoft has expressed its disdain with the "mercenary" group. Thus, whether they are innocent in this case or not, the company still enables anyone with deep enough pockets to hack people. It also doesn't help that NSO Group is clamming up when everyone is presenting evidence against the company, as it seems it may have something to hide.