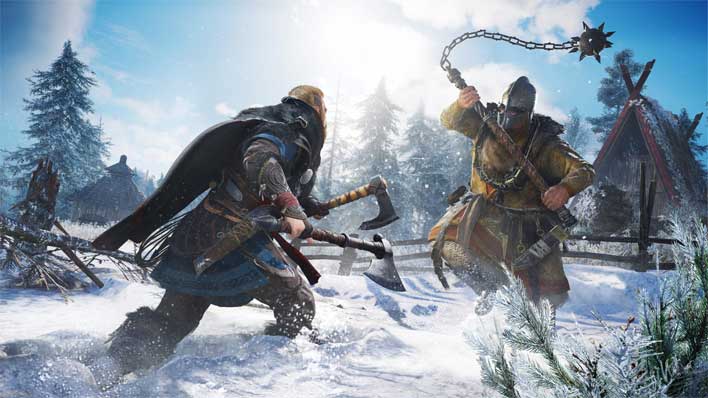 Microsoft is putting some restrictions on game developers regarding their ability to charge gamers to upgrade current generation titles to versions that will run on the Xbox Series X. Word of Microsoft's stance comes from publishing sources that are familiar with the plans. Companies that have been working on games that will be available on current generation hardware and the next generation console when it launches are being pushed to offer upgrades at no additional cost.

Reportedly, the developers do have the option to use Xbox's Smart Delivery or their own methods to deliver both versions of the game. EA is accomplishing this using what it calls Dual Entitlement. Several games have been announced so far, offering a free Xbox Series X version when the console launches to gamers who purchase the game for their current console.

Publicly announced games going this route include FIFA 21, Cyberpunk 2077, Destiny 2, and Assassin's Creed Valhalla. All of those games will be upgraded at no charge. Options Microsoft is giving developers and publishers who don't support Smart Delivery include the option of selling two-game bundles in disk or digital format that includes separate versions of the game for each console.

These two-game bundles may cost more than single-game bundles if 2K Games is any indication. 2K Games is offering a double game bundle with both versions of NBA 2K21 for $99.99. The Xbox Smart Delivery scheme is designed to allow customers to purchase supported cross-gen games one time on the Xbox One or Xbox Series X, and unlock the other version at no cost.