MSI is going all-AMD with its new Alpha and Delta gaming laptops, leveraging Ryzen processors and Radeon graphics cards. NVIDIA has been the dominant player in the discrete laptop GPU sector, but AMD is ready to charge into battle with its Radeon RX 6000M family, and MSI is here to take full advantage.

First up is the Delta 15, which MSI bills as one of the thinnest and lightest AMD-based gaming laptops on the market (19mm thick, 4.2 lbs). It's powered by AMD's Ryzen 5000H family of processors, topping out with the Ryzen 9 5900HX (8 cores, 16 threads, 4.6GHz max boost clock). More importantly, the processor is hooked up with AMD's RDNA 2-based Radeon RX 6700M discrete mobile GPU.

The Radeon RX 6700M pushes pixels to a 15.6-inch FHD IPS display with up to a 240Hz refresh rate. MSI says that the Delta 15 is suitable for up to 12 hours per charge when using the laptop for productivity tasks and YMMV for battery life while gaming. 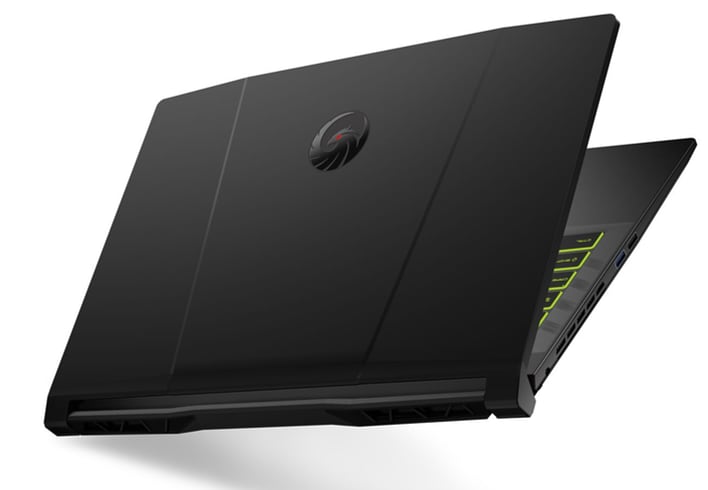 All three laptops come with Wi-Fi 6 and Bluetooth 5.2 wireless support along with one USB 3.2 Type-C port, one USB 3.2 Type-A port, one USB 2.0 Type-A port, and an HDMI port. You'll also find an RGB backlit keyboard (the Alpha 15/17 features an independent number pad). Each also features two M.2 PCIe slots for SSD storage and supports up to 64GB of DDR4-3200 memory. Interestingly, only the Alpha 15/17 feature a GbE port, likely due to their beefier chassis design.

Pricing and availability have not yet been revealed for MSI’s new Alpha and Delta gaming laptops.