AMD recently expanded its second generation Radeon DNA (RDNA 2) lineup to include the Radeon 6000M series for laptops. There are three main SKUs at present, including the Radeon RX 6800M, Radeon RX 6700M, and Radeon RX 6600M. Actual laptops featuring these GPUs are right around the bend (some are actually shipping already), and as we wait, some leaked benchmarks give us an idea of the performance that the middle SKU will deliver.
From the vantage point of AMD, the Radeon RX 6700M is suitable for "epic 1440p gaming." It features 36 compute units (2,304 stream processors), 36 ray accelerators, a 2,300MHz game clock (at 135W), and 10GB of memory linked to a 160-bit memory bus. It also wields 80MB of Infinity Cache.
The expectation put out there by AMD is that it can deliver triple-digit frame rates in popular games at 1440p and at high image quality settings. Hopefully we will get to test that claim before long. For now, however, prominent leaker @_rogame discovered a couple of interesting 3DMark benchmark entries featuring the Radeon RX 6700M. 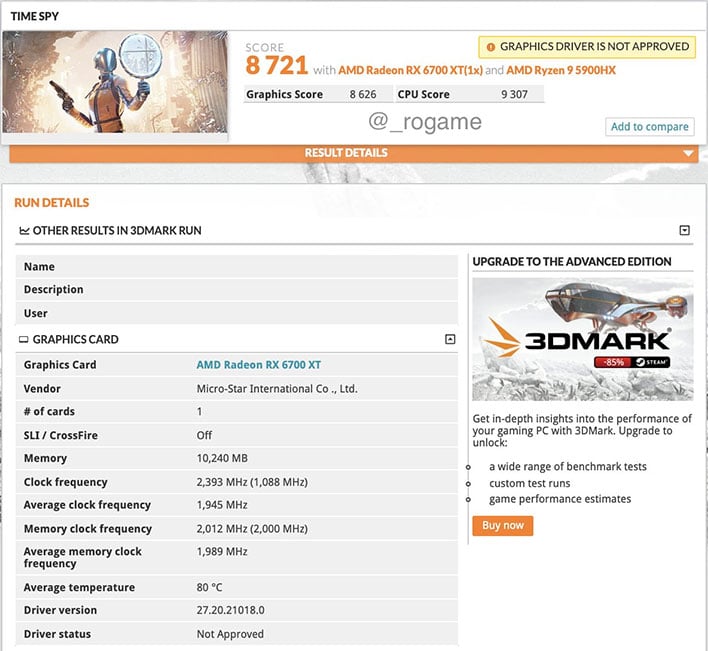 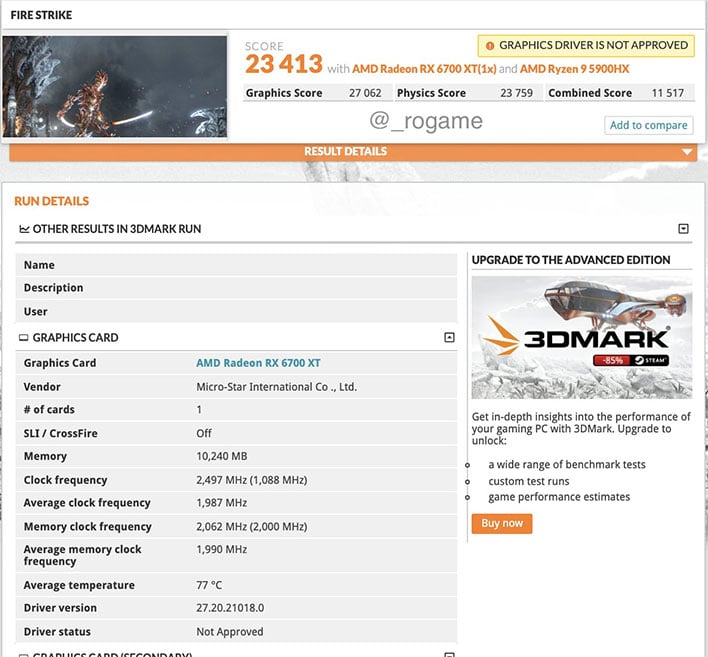 We could not find these listings ourselves, but assuming the leaked Radeon RX 6700M 3DMark benchmarks are legitimate, they tell an interesting story.
The first thing to note, however, is that 3DMark identified the GPU as a Radeon RX 6700 XT desktop card. This is most likely an erroneous identification. In both the Time Spy and Fire Strike tests, the GPU is paired with a Ryzen 9 5900HX laptop processor. It is also shown as having 10GB of memory.
This is almost definitely the Radeon RX 6700M. In these benchmark runs, it posted Graphics scores of 8,628 in Time Spy and 27,062 in Fire Strike. We can't say whether or not the same laptop obtained both of these scores (probably), though average GPU clock frequencies were 1,945MHz in Time Spy and 1,987MHz in Fire Strike.
The leaker also assembled some benchmark graphics to highlight the relative performance of the Radeon RX 6700M, as represented by these specific scores... 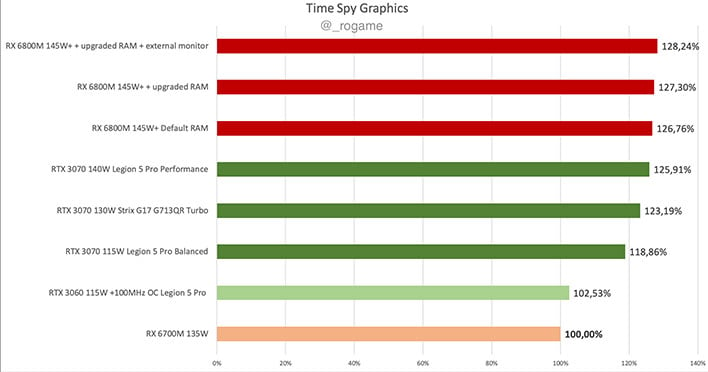