Preorders for the all-new Razr opened late last month, and Motorola will begin shipping the folding smartphone to customers on February 6th. However, those that want to try out the smartphone in person right now, you can visit your nearest Verizon Wireless store to see one on display.

Max Weinbach of XDA-Developers did just that, and got some hands-on time with the Razr to test out its most high-profile feature: the 6.7-inch folding plastic display. Unfortunately, the hinge left much to be desired with respect to its robustness and the sounds that it made while opening and closing. While some might attribute any wonkiness to the fact that it is a display model, it hasn't been exposed to the public for a long period of time, and repeated cycling of the display is something that the Razr should be able to handle with aplomb.

Can confirm this is on retail units. This is on mine after 1 day of use. https://t.co/lBXIWtE8fI pic.twitter.com/9XTNG4YBmM

According to Weinbach, the Verizon Wireless rep that he spoke with said that "she was afraid to use it." Motorola has already attempted to lower expectations for the display, explaining last week that bumps and lumps are “normal” for the Razr.

Nirave Gondhia of Mobile Nations backed up these findings, and provided video evidence of his retail Razr (which he bought for himself directly from Motorola, with it arriving early) exhibiting the same sort of odd hinge behavior. Gondhia did quip, however, that the sound that the hinge makes can be used to "create some hip-hop beats." So, there's that... I guess. 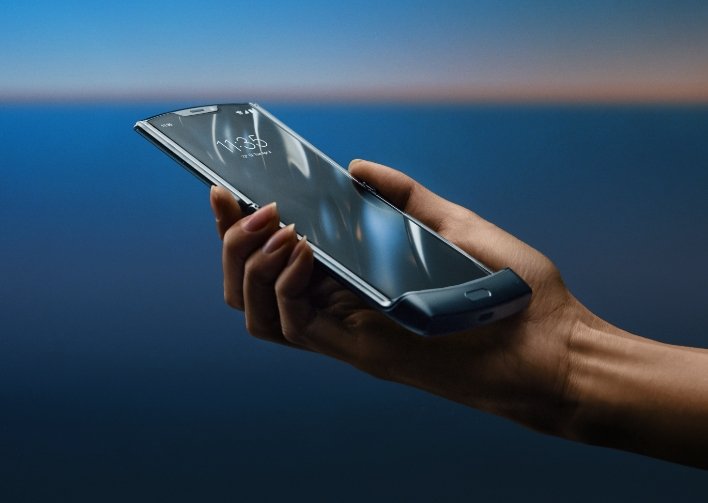 These represent just two data points early in the game for the Razr, so we'd like to hear more from reviewers and actual consumers on how their hinges are holding up so far.

For those that need a refresher course, the Motorola Razr's 6.7-inch display has a resolution of 2142x876, and it's complimented by a secondary 2.7-inch (800x600) Quick Display. Despite its $1,499 price tag, the Motorola Razr comes with hardware specs are squarely in mid-range territory with a Qualcomm Snapdragon 710, 6GB of RAM, and 128GB of internal storage. It also comes with a tiny 2510 mAh battery, so despite its miserly SoC, some may have concerns about overall runtimes.

The Motorola Razr will be doing battle with the Samsung Galaxy Z Flip, which has a similar form-factor, but comes with decidedly higher-end specs.