Motorola had hoped to take the smartphone market by storm with a nostalgic nameplate and a sleek design with its reimagined Razr, but the device instead landed with a thud. Early complaints revolved around its high price tag ($1,499), hinge durability concerns, and its lackluster Qualcomm Snapdragon 710 SoC (given the price tag).

However, Motorola is looking to right those wrongs with the release of a Razr 2 later this year – September to be exact. That’s a rather quick turnaround for a refresh given that the first-generation device just launched in early February.

According to new reporting, the Razr 2 is being developed under the model name XT2071-4, and will come with slightly improved processing power this time around; although still not flagship-worthy. The device will reportedly feature Qualcomm’s Snapdragon 765 SoC, which includes an integrated Snapdragon X52 5G modem. That alone is a feature upgrade over the original, which only included an integrated 4G LTE modem. 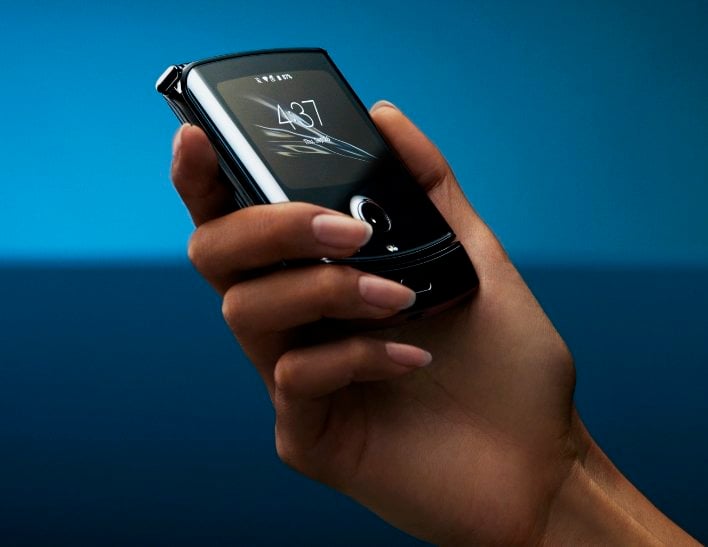 The Snapdragon 765 also offers some performance upgrades over the Snapdragon 710, and will come paired with 8GB of RAM (up from 6GB). There will also allegedly be 256GB of internal storage (twice as much as its predecessor) along with a 2,845 mAh battery (up from 2,510 mAh) according to XDA-Developers. As for the cameras, which hasn’t always been a Motorola strongpoint, the Razr 2 is said to include a Samsung 48MP ISOCELL Bright GM1 rear sensor along with a new 20MP selfie camera.

At this time, nothing is known about any upgrades to the folding primary display or the Quick View display, which measure in at 6.7 inches and 2.7 inches respectively on the original.

Unfortunately, the new Razr’s launch was overshadowed by the Samsung Galaxy Z Flip, which not only brought better specs, but a cheaper price tag. More recently, Motorola has resorted to buy one, get one free promotions to bolster Razr sales. It remains to be seen if the Razr 2 will be better received in the marketplace, and if rival Samsung will once again steal the show with another competing folding smartphone