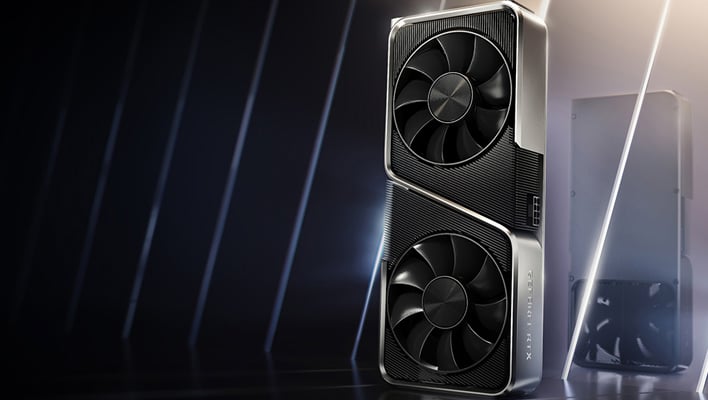 Gaming enthusiasts around the globe are waiting to see what AMD has up its sleeves with the Radeon RX 6000 family of graphics cards. But it's not just enthusiasts that are eager to see what AMD has in store; long-time rival NVIDIA is likely looking to adjust its product strategy -- if necessary -- to counter whatever is announced this week.

Such is the case with a new report from hardware sleuth/leaker kopite7kimii, who has suggested that NVIDIA is working on a new version of the GA102 GPU that would slot in between the GeForce RTX 3070 and the GeForce RTX 3080. This would of course either be the long-rumored GeForce RTX 3070 Ti/Super. More specifically, as we mentioned last week, it will carry the GA102-150-KD-A1 designation with 7,424 CUDA Cores, while operating on a 320-bit memory bus.

He goes on to indicate that the GeForce RTX 3070 Ti would likely be positioned against the rumored Radeon RX 6800 XL. This is reportedly the least powerful version of the Navi 21 GPUs that will be announced this week.

We'll get to see what AMD has in store for gamers on October 28th; that's when the company will hold a virtual event to announce the new Radeon RX 6000 lineup and [hopefully] provide us with extensive benchmark numbers and pricing/availability information. According to leaked documents, AMD issued a set of guidelines for retailers to follow avoid the fiascos that marred the launches of both the GeForce RTX 3080 and RTX 3090.

“Some purchasers may initially try to buy large quantities of our new graphics and processors cards and re-sell them at higher prices," said AMD in the leaked document. “Let’s work together to ensure, as much as possible, that AMD’s new CPUs and GPUs get into the hands [of] gamers and enthusiasts.”

The day after AMD reveals its Radeon RX 6000 family, NVIDIA will launch its GeForce RTX 3070 graphics cards with must greater initial availability than the previous two Ampere launches.