Moore Threads, a company you might not have heard of but has an interesting tie to NVIDIA (more on that in a moment), launched a pair of graphics cards in China. They include the MTT S60 for desktop PCs and the MTT S2000 for servers. What's especially notable is that these cards are built around China's first fully-featured domestic GPU architecture called MUSA, or MT Unified System Architecture (not to be confused with the PowerVR-based Fenghua 1).

This all came together rather quickly—Moore Thread was founded in October 2020 with a stated mission to double the number of concurrent threads every two years. Hence the name of the company, which pays homage to Moore's Law. And that tie we mentioned? Moore Threads founder and CEO Zhang Jianzhong previously served as NVIDIA's global vice president and general manager in China.
"The era of meta-computing has begun, and the multi-function GPU is the computing infrastructure of meta-computing and the origin of our innovation. Moore Thread is committed to the innovation of a new generation of GPUs for meta-computing applications, building a fusion of A general-purpose computing platform for visual computing, 3D graphics computing, scientific computing and artificial intelligence computing, establishing an ecosystem based on cloud-native GPU computing to help the development of the digital economy," Jianzhong said in a translated statement. "The release of this series of new products is a major milestone in the company's development, and it is our The concentrated expression of R&D strength, ecological cohesion and innovation execution." 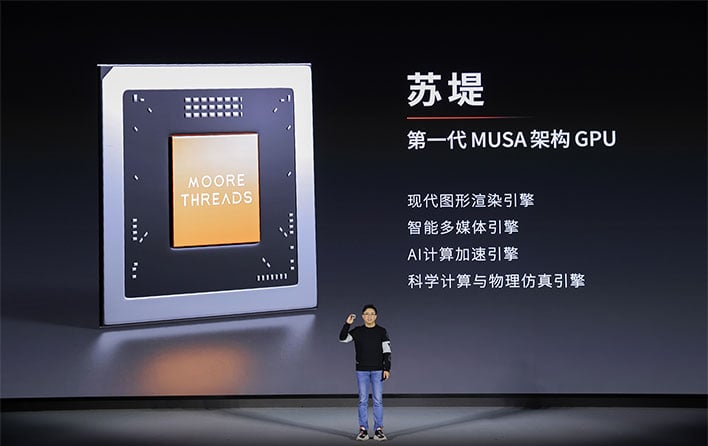 Both the MTT S60 and MTT S2000 are based on GPUs manufactured on the a 12-nanometer node. The MTT S60 features 2,048 MUSA cores and 8GB of LPDDR4X memory, and is claimed to deliver 6 TFLOPs of GPU performance and a 192 Gpix/s fill rate.
Meanwhile, the MTT S2000 doubles the number of MUSA cores to 4,096 to deliver 12 TFLOPs of GPU performance, and features 32GB of memory.

To put those numbers somewhat into perspective, NVIDIA's lowest end Ampere card for the desktop, the GeForce RTX 3050, serves up 9.11 TFLOPs. The previous generation GeForce RTX 2060 checks in at 6.5 TFLOPs. So the MTT S60 falls short of both when comparing those figures, though that doesn't necessarily mean a whole lot—it's problematic to compare TFLOPs across different architectures.
That said, the MTT S60 is said to work just fine alongside mainstream CPUs from AMD and Intel, and it supports various encoding formats (H.264 and H.265), APIs (DirectX, Vulkan, OpenGL, and OpenGL ES), and software (Windows 10 and Linux). 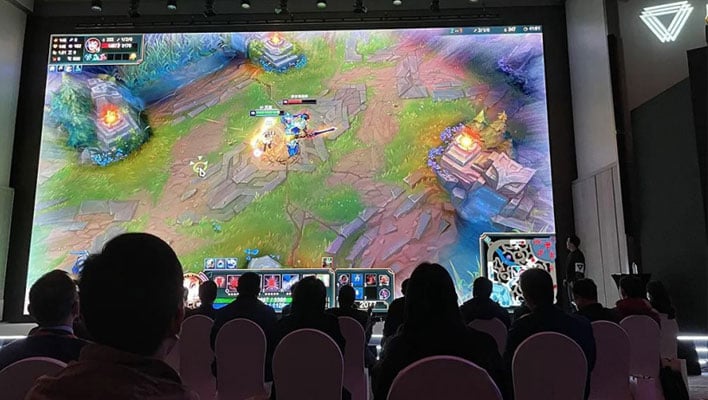 During the unveiling, Moore Threads demonstrated the card running League of Legends at 1080p. That's not putting much of a strain on a graphics card, but it shows that this thing works.
"Not only can it provide a smooth gaming experience for League of Legends esports players under the Windows 10 operating system, 1080P resolution, and the highest picture quality environment, but also can complete Counter-Strike: Global Offensive and Knife under the domestic Linux operating system environment. The smooth running of many popular games such as Tower 2," Moore's Threads added.
These cards may not light the GPU world on fire, but it's impressive that Moore Thread was able to develop a GPU architecture and launch a couple of products in such a short period of time. It will be interesting to see where things stand in a few years.