Microsoft's Cyberpunk 2077 Xbox One X Glows In The Dark, Arrives In June

Earlier this year, NVIDIA gave away a limited number of Cyberpunk 2077 versions of its flagship GeForce RTX 2080 Ti consumer graphics card to enthusiasts. Shockingly, these cards ended up being sold on eBay for as much as $5,000. Talk about a major “payday” for those sellers!

Now there's even more Cyberpunk 2077-themed products coming to market, including the Xbox One X Cyberpunk 2077 Limited Edition Bundle. This is no doubt one of the coolest editions of the Xbox One X that we've seen to date, as it features laser etching, blue LED's and a custom controller. On top of that, the console itself actually glows in the dark. Sure, it might be a bit over the top, but we dig it.

According to Microsoft, the Cyberpunk 2077 bundle will be available to purchase in June, while a separate listing for the standalone controller has already shown up on Amazon, although it currently shows as being unavailable for purchase. Presumably, this accessory will also be available in June. 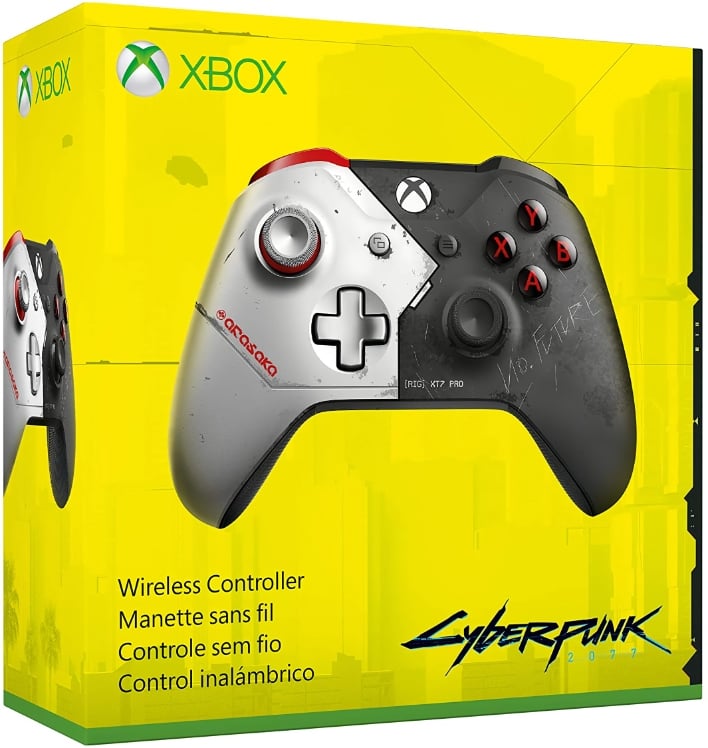 With that being said, no matter how cool this Xbox One X console looks, we'll likely be saving our money to put towards the Xbox Series X, which is confirmed to be launching during this year's holiday shopping season (likely sometime in late November). That console will be powered by an AMD Zen 2-based Ryzen processor and Radeon Navi RDNA 2 GPU. Microsoft is also throwing in a 1TB PCIe 3.0 SSD and a slot for [proprietary] expandable storage. About the only unknown at this point is how much the console will cost...