Earlier this morning, both NVIDIA and CD Projekt RED teased the existence of a Cyberpunk 2077 special edition graphics card. Well, NVIDIA didn’t waste any time giving us official details on the fresh hardware that is on the way.

NVIDIA says that the limited-edition card is officially called the GeForce RTX 2080 Ti Cyberpunk 2077 Edition. As you might have surmised given the name of the card, it’s based on NVIDIA’s existing GeForce RTX 2080 Ti Founders Edition, and thus carries the exact same performance specifications.

The primary differentiator between the two is obviously Cyberpunk 2077’s signature yellow design scheme and custom AL5052 aluminum cooling shroud. It will also come enclosed in a limited-edition Cyberpunk 2077 box for the collectors out there. 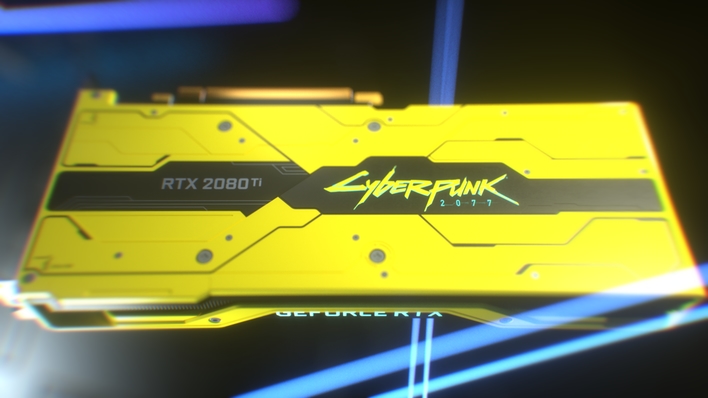 NVIDIA says that it is only producing 200 of these GeForce RTX 2080 Ti Cyberpunk 2077 Edition graphics cards, and of that tally, 77 will be given away to gaming enthusiasts. You can enter to win by participating in NVIDIA’s #RTXOn Sweepstakes between now and February 28th by following these rules:

So, what are you waiting for, get out there are starting spreading some positivity in the gaming community – it’s something that we could all use these days.