The Surface Pro X is a bit of an odd duck in Microsoft’s hardware family. While it looks much like its siblings with a large LCD display, kickstand, optional keyboard and Windows 10 support, the Surface Pro X is powered by an Arm processor instead of an x86-64 processor from Intel.

The Surface Pro usually starts at $999, and that configuration will get you 8GB of RAM and 128GB of storage. Stepping up to 8GB of RAM with 256GB of storage typically costs you $1,299. However, both Amazon and Best Buy are knocking $400 off that latter configuration’s price, bringing it down to a low $899 – even lower than the base configuration.

All Surface Pro X convertibles are powered by a custom Microsoft SQ1 SoC, which is a variant of the Qualcomm Snapdragon 8cx. The 7nm chip features a 64-bit Kryo 495 CPU and Adreno 680 GPU. Also at the user’s disposal is a 13-inch display with a resolution of 2880x1920 (4:3 aspect ratio). There are twin USB-C ports onboard along with standard LTE connectivity (as afforded by the SQ1 SoC). 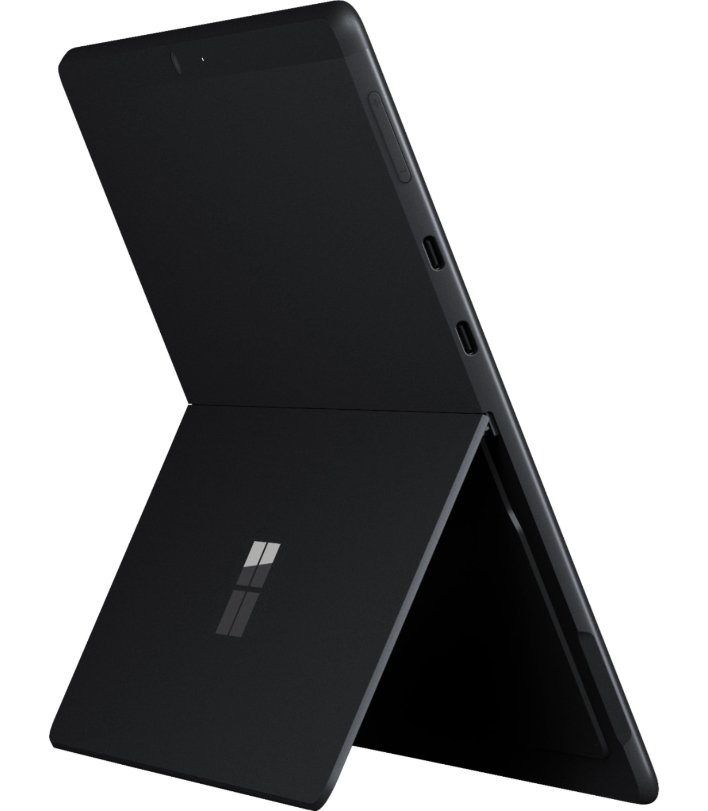 It should be noted that the $899 price mentioned above only includes the tablet. If you want to add the Surface Pro X Keyboard or Surface Slim Pen, each will cost you extra.