Microsoft Surprised At How Many Xbox Series X It's Shipping Amid Shortage, Crushes Earnings

You may not be able to mosey into Best Buy or Walmart and walk out with an Xbox Series X or S console tucked underneath your arm, but it's not because Microsoft is dragging its feet on shipments. During an earnings call this week, Microsoft CFO Amy Hood indicated the company was able to ship more consoles than expected, "even as demand continues to exceed supply."
This suggests Microsoft was actually able to procure more inventory than it thought possible earlier this year, and subsequently ship the units out to vendors and retailers. From there, they've been flying off store shelves as fast as workers can stock them, whether physical or virtual. There's the occasional inventory restock, but the latest generation consoles consistently sell out almost immediately. Heck, even an Xbox Series X mini fridge that looks like the sought-after console sold out in the blink of an eye, and then landed on eBay at exorbitant markups because scalpers have absolutely no chill.
Who knows what the pre-order sales figures for the mini fridge ended up being. But as far as the actual game console goes, Microsoft is making a killing off them.
"Xbox hardware revenue grew 166 percent (up 162 percent CC) driven by continued demand for Xbox Series X|S on a low peior year comparable," Microsoft states a PowerPoint presentation related to its latest earnings report. 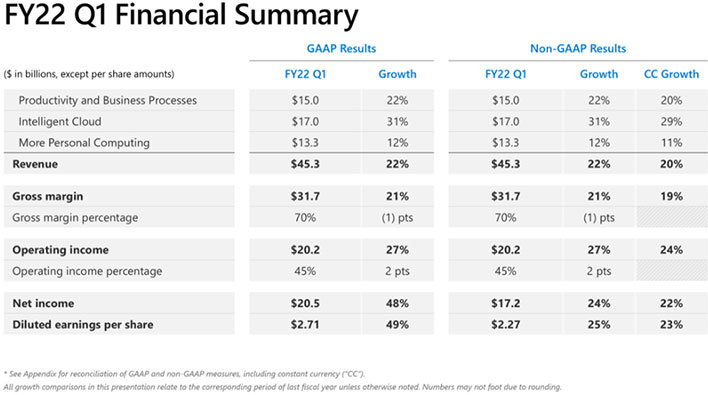 That's a massive gain, and it contributed to Microsoft raking in $45.3 billion in overall revenue during its first quarter of fiscal 2022. Its profit for the quarter settled in at $20.5 billion, up a whopping 48 percent compared to the same quarter a year ago. As for its Gaming division, Xbox sales helped bolster revenue by 16 percent year-over-year.

Efforts are being made on the supply side to cut into the shortage of silicon, which is a global issue. Microsoft is not the only company affected—Sony's PlayStation 5 consoles, Nintendo's Switch OLED handhelds, PC graphics cards from AMD and NVIDIA, and all kinds of other products are routinely out of stock.
Looking ahead, the situation is not likely to improve in the short-term. Microsoft said "console sales will continue to be impacted by supply chain uncertainty," unfortunately.