If Window 10 Version 2004 Is Blocked On Your PC, This OneDrive Trick Might Help

We've already widely covered a laundry list of issues plaguing the Windows 10 May 2020 Update (version 2004), but Microsoft is working overtime to ensure that these issues are tackled one by one. Conventional wisdom would dictate that with so many issues surrounding the update, why not just wait it out until Microsoft gets its act together?

However, some people actually want to migrate to Windows 10 Version 2004, perhaps for some of the new features that are included with it. In this case, many people are finding that they're still being blocked from installing the update, and in some cases, it appears that the OneDrive app is the root cause.

Microsoft has already confirmed that there are issues with OneDrive Files On-Demand functionality, but it appears that the OneDrive app itself is preventing upgrades to version 2004 from taking place. For one user, he found out that OneDrive was the main culprit only after doing some digging into XML files on his Surface Laptop 3. 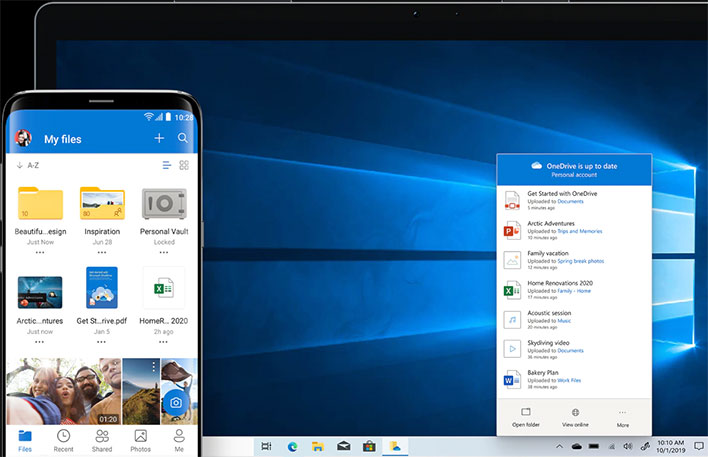 Speednet wrote via reddit on the steps he took to force his system to upgrade to Windows 10 version 2004:

Frustrated, I dug into the hidden logs and XML files when the upgrade refused to complete, and I found that the only blocking application was OneDrive. WTF??!! So I uninstalled OneDrive (from Control Panel), rebooted, and then the upgrade went through this time (using Windows Update Assistant). After the upgrade was complete I saw that OneDrive was apparently re-installed by the update, so I just needed to log in to OneDrive again -- and then wait for it to re-sync everything.

The thread has some instances of success for those that attempted to follow in Speednet's footsteps, but not everyone was so lucky. Once you've uninstalled OneDrive, you should hopefully be able to upgrade to Windows 10 version 2004 by navigating to Settings --> Update & Security --> Windows Update or by using the Windows Update Assistant. After you get the update installed, you'll be able to reinstall OneDrive and get back up and running.

If this method to force the Windows 10 version 2004 update doesn't work, then you'll just have to wait in line like everyone else until Microsoft systematically removes additional upgrade blocks.