What appears to be official renderings of the anticipated dual screen Microsoft Surface Duo phone have leaked again online. The renderings are thought to be what Microsoft plans to use in its marketing materials for the new dual display Android smartphone. There are four renderings of the device, with the first showing the phone closed with its square mirror-like Surface logo on the back. 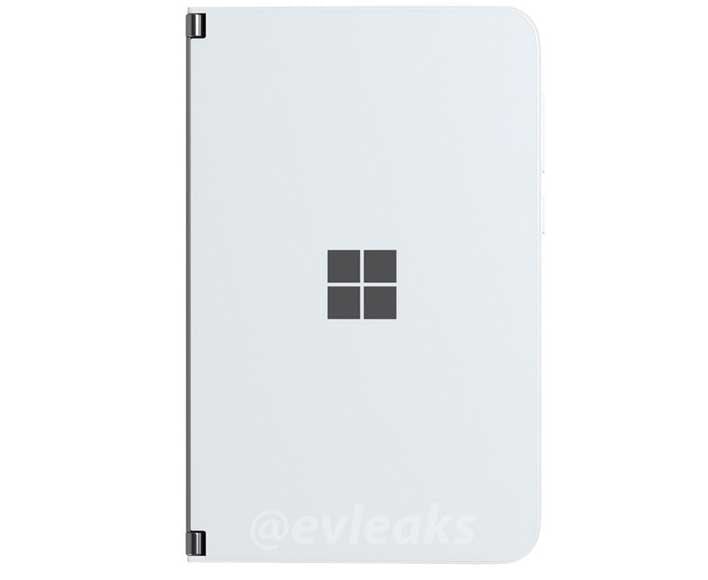 The other renderings show the Surface Duo in various stages of opening. In the two images with the Duo partially opened, we get a good glimpse at the device's thickness, which appears to be on par with the Surface Pro tablet line. While these are the first seemingly official renderings that have turned up, we've known about the Surface Duo for a while now, with previous multiple leaks. The renderings give no new details, just a fresh look at the device. 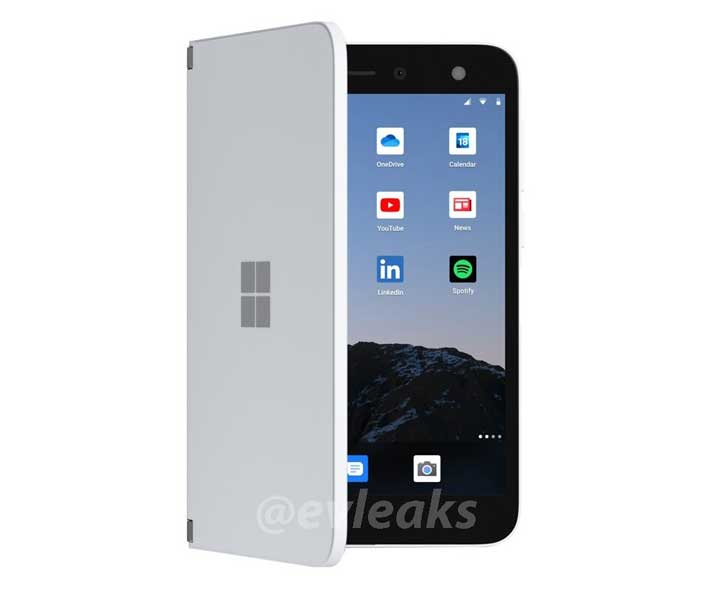 Evan Blass is the leaker behind these new renderings, and he says explicitly, "Microsoft Surface Duo for AT&T." What carrier(s) the Duo would launch with has been one of the few remaining mysteries, however, but if Blass is correct, we now know that at least AT&T will offer the smartphone. It's unclear if the Duo will be offered through other carriers. 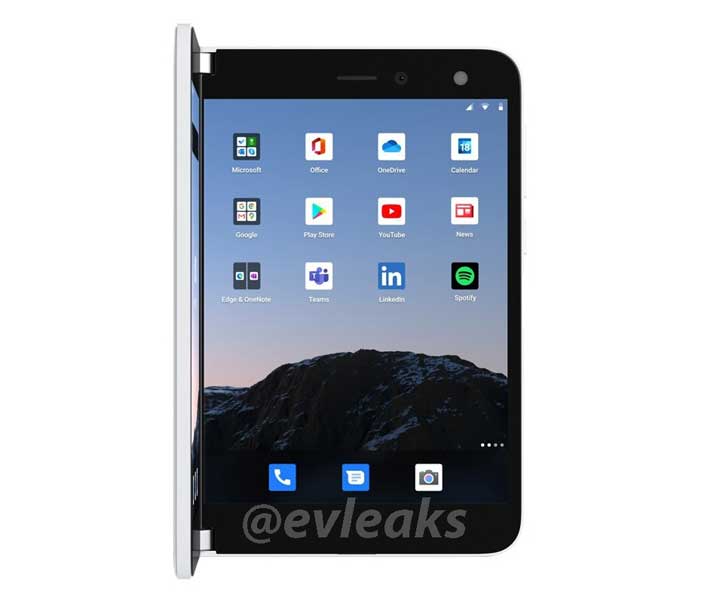 Microsoft's launch for the Surface Duo is very close; the smartphone cleared the FCC in July. Rumors have suggested hardware that won't excite smartphone fans, noting a legacy Qualcomm Snapdragon 855 processor, 6 GB of RAM, and 64 GB of storage are onboard. With specifications under the hood that read like a device from 2019, we certainly hope Microsoft has priced the Duo appropriately.

What seems like official renders of the #SurfaceDuo have leaked.

How ready are you for this launch? pic.twitter.com/5pxng4yDA3

If the Duo debuts with a price set like a Flagship device with what now would be considered mid-range hardware, we can't help but wonder how popular it will be. Some buyers will plunk down their money just for the dual displays, while others may be turned off by its older hardware, if that proves to be the case. Perhaps the rumors are incorrect about the specs; we will know soon when the device launches later this month.