On Friday, Microsoft released another patch to fix some outstanding issues when printing graphical images in Windows 10. It appears that quality assurance is certainly struggling this month; however, as many users are reporting the update has failed to install with error code 0x80070541. While the error code may be largely useless, there is a workaround if you must install the update.


Last week, Microsoft provided a separate workaround for a printer issue that was causing blue screens of death (BSOD), among other problems. This stemmed from printer driver incompatibilities and was easily fixed by an optional patch just two days later. Afterward, some users found they could not print graphical content, and if attempted, it would cause crashes similarly to the original problem. Thus, Microsoft issued another patch to hopefully solve the problem, but it seems to be piling on in a horrendous snowball effect. 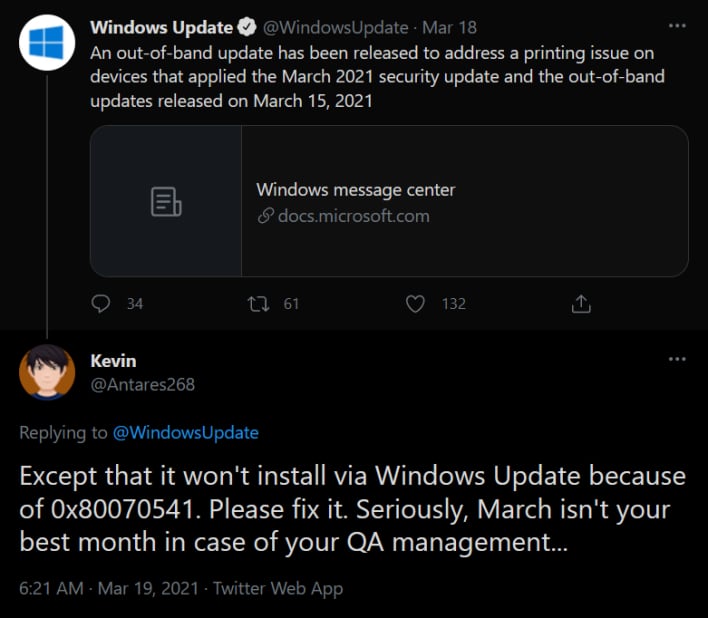 Since the Windows team pushed the last emergency update, users have taken to Twitter and the Microsoft Community Forums to explain that the patch's Windows Update installation is broken. Users were being hit by error code 0x80070541, and the update would not install properly. The suggested workaround ended up being to download the patch from Microsoft's Update Catalog here and install it manually. 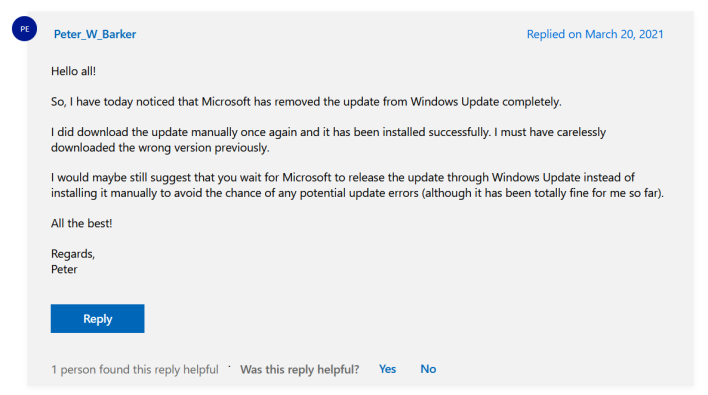 It now appears that Microsoft has hit the pause button on the update to find the root cause of the problems. Microsoft Community Forum user Peter_W_Barker reports that the update has been pulled from Windows Update. Furthermore, while the manual update is still available, he suggests waiting for the Windows Update utility to work again to avoid any further issues, and we tend to agree.

In any case, if you need to install the emergency patches, you can do so manually or wait for it to be redeployed via Windows Update. Either way you go, let us know what you think of the Windows Update debacle in the comments below.