Confusion is still swirling around Windows 11 and what PC systems will be fully supported at launch. Microsoft first attempted to address this with the PC Health Check app, but the first iteration was clueless in its attempt to tell users why their systems were incompatible with Windows 11.

Microsoft quickly updated the PC Heath Check app to provide more information on customers' error messages. For example, if a system lacked a TPM 2.0 module, the updated app would explain this deficit when attempting to upgrade. However, Microsoft now admits that even this updated PC Health Check app doesn't go far enough in providing prospective Windows 10 to Windows 11 upgraders with an ideal experience.

"Based on the feedback so far, we acknowledge that it was not fully prepared to share the level of detail or accuracy you expected from us on why a Windows 10 PC doesn't meet upgrade requirements," wrote Microsoft in a blog post this week. "We are temporarily removing the app so that our teams can address the feedback." 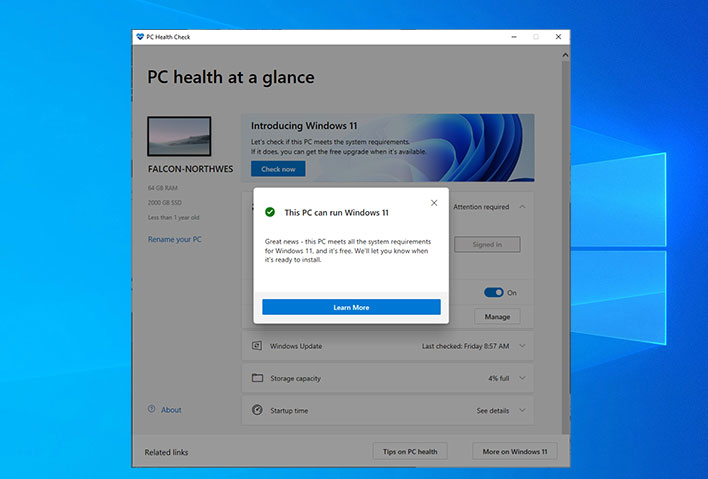 We don't know what changes Microsoft has in store to make the app better, but it says that the app will return in time for the general availability of Windows 11 in the fall. While the new and improved PC Health Check will be ready later this year, actual upgrades from Windows 10 to Windows 11 won't be available until next year.

"Windows 11 is due out later in 2021 and will be delivered over several months," said Microsoft in a blog post last week. "The rollout of the upgrade to Windows 10 devices already in use today will begin in 2022 through the first half of that year."

In the meantime, Microsoft says that customers should consult its minimum system requirements page: