Microsoft's Flight Simulator is one of those things you have to experience before you can truly appreciate it, and not everyone will understand what's so special about it—much like the experience of flight itself. On the surface, it might not seem like a flight simulator would be that much fun. "What, you just fly around," doubters ask, "with no combat or conflict whatsoever?" Well, yeah. It's a simulator, after all.


Clearly enough people "get it" to make the game a massive hit, though. Microsoft says Flight Simulator was the biggest hit for Xbox Game Pass for PC to date, with over one million players. Once you play it, it's easy to understand why. The game can be configured to be a relatively casual flight experience or a hard-core simulator, and it offers unparalleled visuals with photogrammetric terrain that can seem truly photo-realistic at times. It offers the ability to fly real planes over actual locales, accurately represented, and when gently soaring through the sky in the early morning, you can get a real sense of immersion unlike many other titles.


To celebrate the game's rousing success, Microsoft will be releasing Microsoft Flight Simulator: Game of the Year Edition on November 18th as a free update for all current owners of the game on PC and Xbox Series consoles. Contrary to most "GOTY" versions of games, which simply collect all prior content into a convenient bundle, this release is actually a massive update for the title.


Included in the new release will be some five new aircraft—including the Boeing F/A-18 Super Hornet, the first military aircraft—and eight hand-crafted airports in Germany, Switzerland, and the United States. Another 545 airports are getting less-bespoke implementations, and six more Discovery Flights (allowing you to explore famous landmarks around the world) are being added. For new players, the developer is adding in 14 new tutorials that cover things like bush flying and "instrument flight rules." 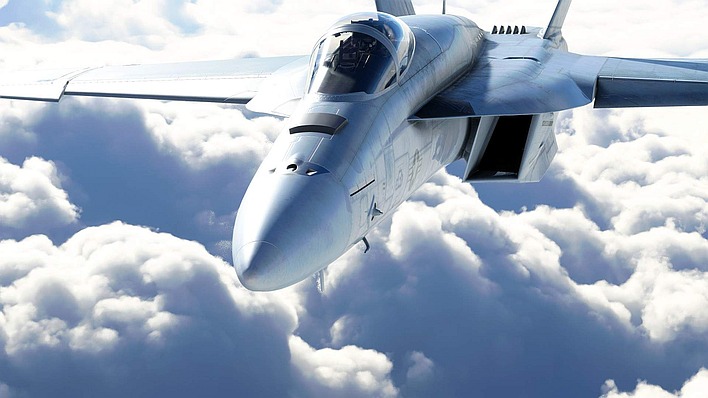 Perhaps the most exciting additions to the new version are its technical features, though. A replay system is on the way, allowing you to save and re-watch your favorite flights, and an improved weather system is making its way into the game, too. Most interesting of all is likely the new DirectX 12 renderer code. That's right: despite being a flagship title for Microsoft Game Studios, Flight Simulator currently runs on the venerable DirectX 11 graphics stack. The move to DirectX 12 could help ease the game's severe single-threaded CPU performance bottleneck and reduce the painfully-high system requirements.