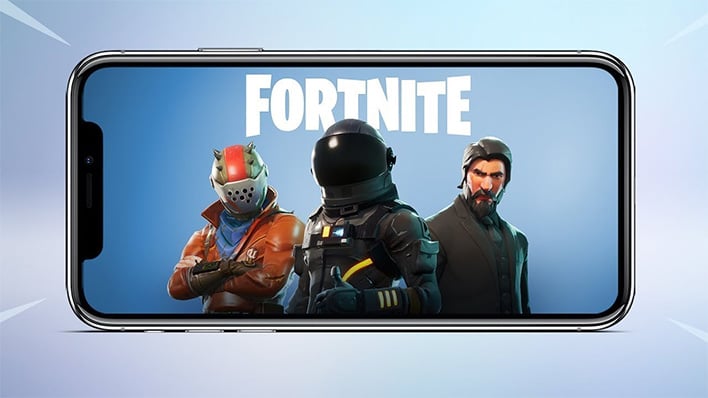 Microsoft has chosen a side in the tiff between Epic Games and Apple, sparked by the latter's banishment of the former's immensely popular Fortnite game from the App Store over a dispute involving in-game payments. In a court filing, Microsoft's general manager of gaming developer experiences, Kevin Gammill, said Apple's decision will ultimate "harm game creators and gamers."
That's because Epic Games develops and maintains the Unreal Engine, which is "one of the most popular third-party game engines" out there. It is Microsoft's view that there are just not many options outside of the Unreal Engine that offer the same balance of features, functionality, and cross-platform support, including Apple's own iOS.
"Denying Epic access to Apple’s SDK and other development tools will prevent Epic from supporting Unreal Engine on iOS and macOS, and will place Unreal Engine and those game creators that have built, are building, and may build games on it at a substantial disadvantage," Gammill wrote in the filing.
He also noted that using a different engines to make games on multiple platforms could prove "prohibitively expensive and difficult." At the very least, it would not be as cost effective as using the Unreal Engine, the filing states.
"Microsoft has an enterprise-wide, multi-year Unreal Engine license agreement and has invested significant resources and engineer time working with and customizing Unreal Engine for its own games on PC, Xbox consoles, and mobile devices (including iOS devices)," Gammill noted.
Epic Games made waves when it decided to update its Fortnite application to process payments in-game, effectively bypassing Apple's 30 percent royalty it collects on purchases. Likewise, the developer did the same thing on Android. Apple and Google both responded by kicking Fortnite out of their respective app stores, prompting Epic Games to file a lawsuit.
How this plays out remains to be seen, but as far as Microsoft is concerned, Apple's decision give Epic Games the boot is the wrong one.