Micron this morning announced it has begun producing 16 gigabit (Gb) GDDR6X memory chips in volume, and claims it is the only memory maker supplying GDDR6X chips in that capacity. That's notable for a couple of reasons. For one, it represents a doubling of capacity, and secondly Micron says its 16Gb GDDR6X chips offer up to 15 percent better performance than the previous 8Gb version.
These are the same memory chips that NVIDIA and its hardware partners are using on the recently released GeForce RTX 3090 Ti, the latest consumer flagship within the Ampere family. The upgraded memory is part of what separates the GeForce RTX 3090 Ti from the non-TI model. Both sport 24GB of GDDR6X memory tied to a 384-bit memory bus, but the Ti model uses 21Gbps memory chips versus 19.5Gbps on the non-Ti model. This translates to over 1TB/s of memory bandwidth, up from 936.2GB/s on the previous flagship.
"The industry-leading capabilities of Micron’s GDDR6X memory help bring new levels of realism and performance to the most demanding applications," said Mark Montierth, vice president and general manager of High-Performance Memory and Networking at Micron. "Micron is once again at the forefront of the memory innovation powering today’s highest bandwidth solutions and built with the advanced process and interface technology to enable continued graphics performance leadership." 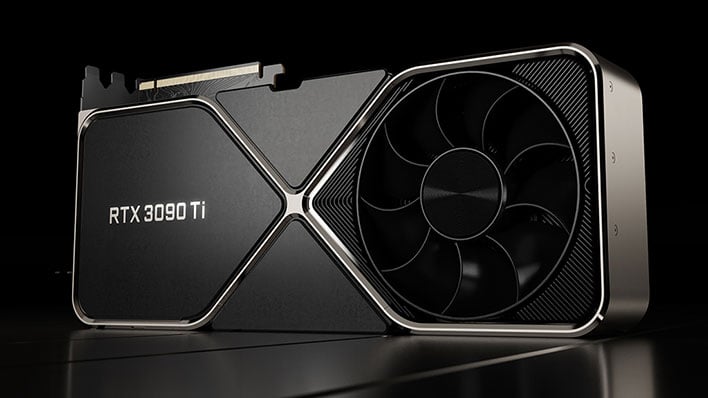 Indeed, the GeForce RTX 3090 Ti is the fastest consumer graphics card NVIDIA has ever built, and the upgraded memory plays a role in that achievement. It also sports more CUDA cores and is also a power-hungry card with a higher TGP, for what amounts to a 9 percent performance gain in gaming (according to NVIDIA's own metrics).