It took a minute, but the wait for NVIDIA's GeForce RTX 3090 Ti to arrive is officially over. NVIDIA announced the launch of its new flagship graphics card today, calling it the "very fastest GPU on the planet." NVIDIA's referring to the consumer space, of course, and will get no argument from us—up until today, that distinction belonged to the non-TI variant.
NVIDIA teased the GeForce RTX 3090 Ti during its pre-CES event in January. At the time, NVIDIA said the new flagship card could "crank out 40 TFLOPs for shaders, 78 TFLOPs for ray tracing, and a whopping 320 TFLOPs of AI muscle," and promised more details by the end of the month. January elapsed without a peep, and in mid-February, NVIDIA said it would be in touch when it has more information to share.
Well, that day has come. In addition to the aforementioned metrics, the GeForce RTX 3090 Ti comes armed with a "record-breaking" 10,752 CUDA cores and 24GB of 21Gbps GDDR6X memory. That's about a 2.4 percent bump in CUDA cores compared to the GeForce RTX 3090, and an upgrade from 19.5Gbps to 21Gbps memory. 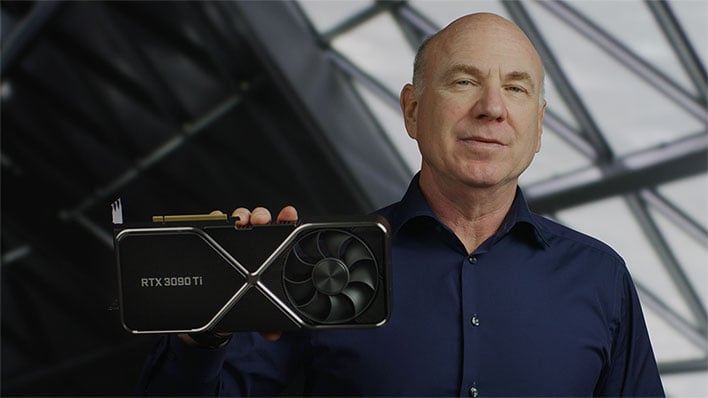 "The GeForce RTX 3090 Ti is primarily designed for our most ambitious users—those building research systems for data science and AI, or processing large data sets, and those making massive projects in creative applications. As well as developers or CG animators working with detailed models, super high resolution textures and massive sets. It’s also for anyone who simply desires the very fastest GPU on the planet," NVIDIA says.
As it applies to content creation, NVIDIA says the GeForce RTX 3090 Ti is a "dream GPU" with the ability to "edit insanely large models, work on production-quality video, or edit in multiple apps at the same time." The same could be said of the non-Ti model, though the GPU upgrade and faster memory could yield some dividends that add up over time.

NVIDIA doesn't offer any comparison to the regular 3090, but does claim the 3090 Ti delivers between 42-109 percent more performance than the GeForce RTX 2080 Ti and Titan RTX in rendering applications like Blender, Maya, or Cinemea4D, all of which can make use of more GPU memory. And in OctaneRender, NVIDIA highlights a massive improvement in performance compared to the GeForce RTX 3080 Ti. 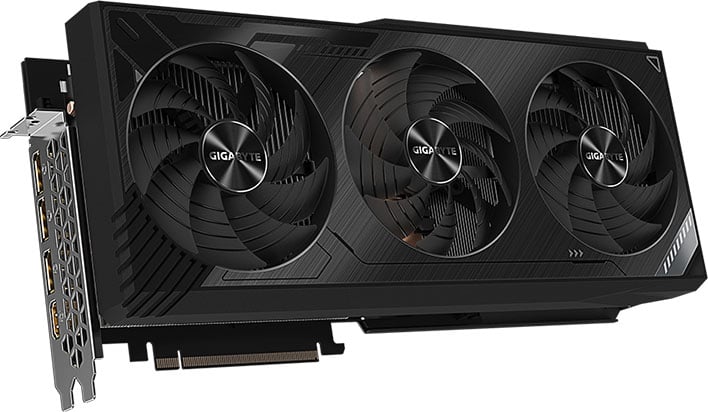 Just as NVIDIA flexed the ability to game at 8K resolution on the GeForce RTX 3090, it's doubling down on that notion with the GeForce RTX 3090 Ti. As with before, the new flagship is touted as being able to play, capture, and watch games in 8K HDR with DLSS Ultra Performance mode.

Gaming at 8K is a rarity, of course, and NVIDIA alludes to the 3090 Ti being overkill at more pedestrian resolutions. 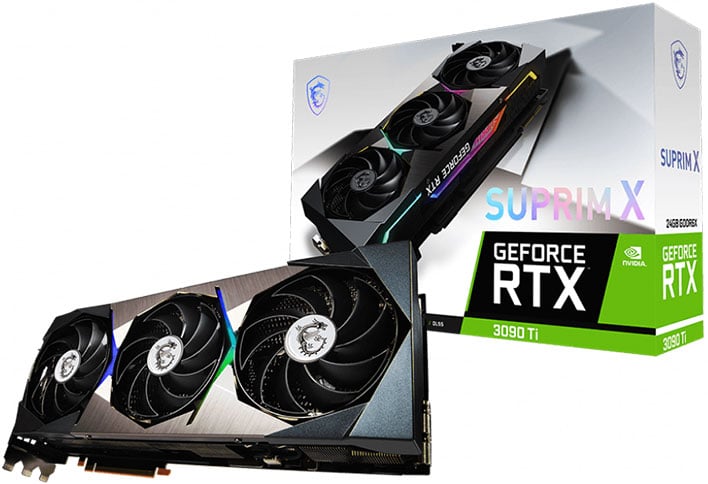