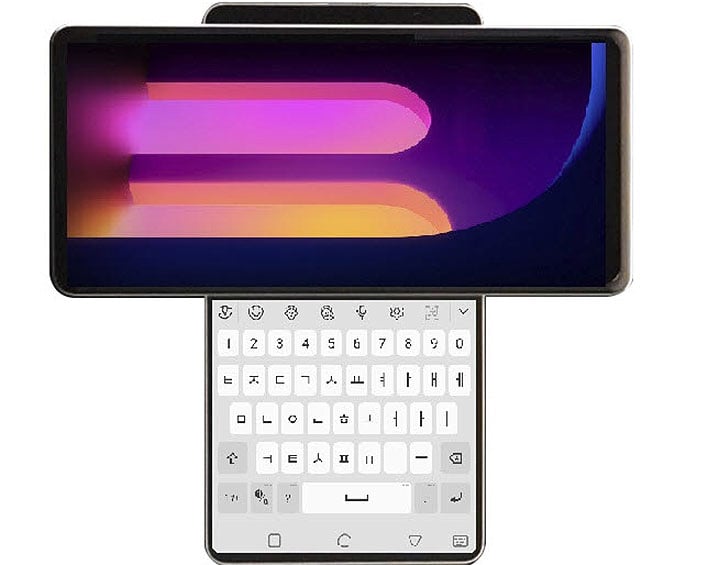 Earlier this year, we began hearing rumblings of a new smartphone, codenamed Wing, from LG with a rotating display. At the time, we were presented with a concept render of the device (seen above), which showed a swiveling 5.8-inch primary display that was joined by a secondary 4-inch display.

Today, however, we’re getting an even better look at the LG Wing. A new video has surfaced which shows the LG Wing in action. The clip is just over 10 seconds in length, and shows the smartphone in its extended position, revealing both its 5.8-inch and 4-inch displays.

When the user doesn’t need the secondary display, it would swivel back under the primary display, giving you access to just the primary 5.8-inch display. While this design approach is definitely unique, we do have some questions about how it will operate in practice. There is a potential failure point with the swiveling mechanism, and we have to wonder about debris getting between the secondary display, which sits behind the primary display when not in use. Dirt and other particles have the potential of working their way inside to cause scratches on the display.

According to Android Central, the LG Wing will likely be powered by Qualcomm’s mid-range Snapdragon 765G SoC, which also powers the LG Velvet (which recently reviewed). Other specs – i.e. display resolutions, RAM, storage, etc. – are unknown at this time, and we also don’t have an expected launch date.

Smartphone manufacturers have been eyeing new and innovative ways of making displays, with the many opting for folding displays (i.e. Galaxy Fold, Galaxy Z Flip, Motorola Razr). Does the swiveling display of the LG Wing seem like a viable or superior alternative to a folding display? Tell us your thoughts in the comments section below.