Although LG announced the first commercial flexible 6-inch OLED panel seven years ago, only Samsung has shipped folding smartphones in significant numbers thus far. In addition, LG's mobile phone unit has experienced losses for 20 consecutive quarters, so the company is hoping for a breakout hit to help improve its bottom line with handsets. 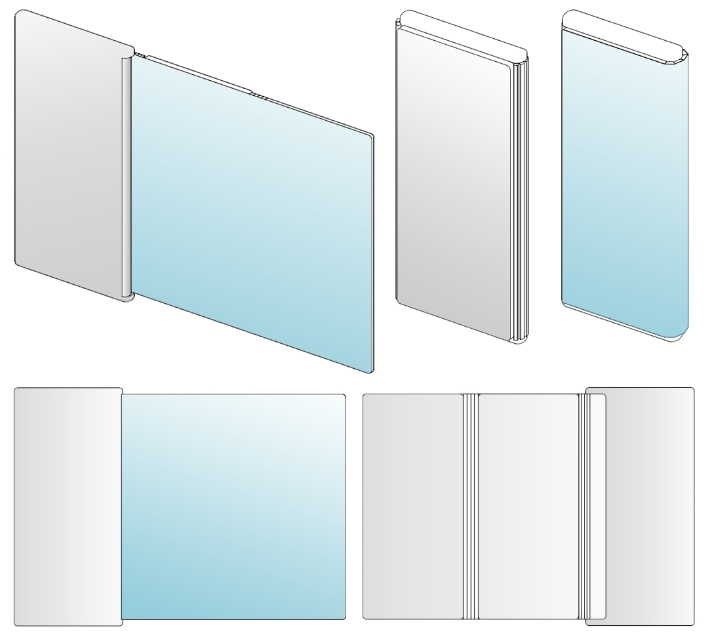 The device is reportedly being developed under the codename "B Project," and according to The Elec will feature a display that extends sideways when additional screen real estate is needed by the user. The flexible OLED display is said to be manufactured by Chinese firm BOE and might actually prove to be more reliable than folding displays (as we've seen with the Samsung Galaxy Fold and Galaxy Z Flip).

"Foldable displays need to withstand consistent pressure at a small area," writes The Elec. "But rollable displays can dissipate the pressure to a wider area." LG has a thing for rollable display, as we saw early this year at CES 2020 with its 65-inch OLED TV that unfurls downward from the ceiling.

LG filed a patent for a folding/rollable device back in early 2019, and you can see it the conceptual renders at the top of this story. It shows a display that can unfurl to the side, expanding your screen real estate horizontally, or wrapping around the back of the device to give you a more compact (and traditional) form-factor, with the display available both on the back and front of the device.

According to the same report, LG will launch another "traditional" flagship in the first half of 2021, developed under the codename "Rainbow," along with what's being called a "horizontal" smartphone called Wing during the second half of 2021. The latter leaked back in May and is said to feature dual rotating displays.