Smartphone shoppers should check out Amazon and see the incredibly low price the online retailer is offering for the LG G8 ThinQ smartphone. The smartphone is unlocked and has 128 GB of internal storage. It's offered in Aurora Black and operates on Verizon, AT&T, T-Mobile, Sprint, Boost, Cricket, and Metro. The device does feature a US warranty, and its new low price is $399.99.

For the $399.99 price, buyers get a 6.1-inch QHD+ OLED display with a resolution of 3120 x 1440, 6 GB of RAM, and 128 GB of internal storage that is expandable using microSD cards. The processor running the show is a Snapdragon 855 octa-core processor, and the smartphone has a 16MP and 12MP rear camera array with optical image stabilization. The front selfie cam is an 8MP unit.

A pre-installed selection of Amazon apps, including Amazon Shopping, Amazon Music, Audible, and Alexa, are included with the smartphone. Power comes from a 3500 mAh battery that charges via USB Type-C, and the device supports wireless charging. The $399.99 price range offers many excellent midrange phones, including Apple's iPhone SE and the Samsung Galaxy A51. 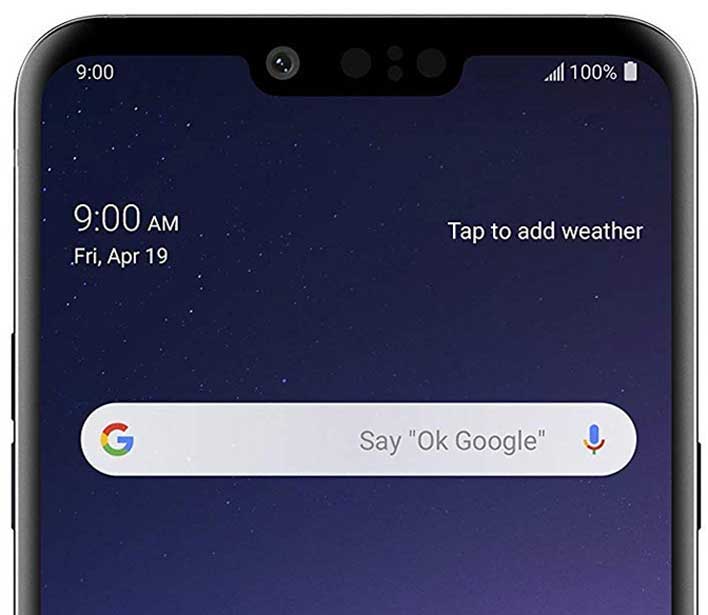 While the iPhone SE offers a faster processor than the LG G8 ThinQ, the $399.99 version of the iPhone offers only 64 GB of internal storage and a smaller screen. The G8 ThinQ runs Android 9 out-of-the-box and has a fingerprint scanner on the rear of the device. Users can also unlock the device using Hand ID or 3D Face Unlock. We have seen the LG smartphone at this price in the past during Cyber Monday, but this now appears to be the everyday price for the G8 ThinQ.