Kirby Has A Cameo In Fortnite's Latest Trailer, And Rumors Are Running Wild

Fortnite is no stranger to collaborations. Could their next collaboration be with Nintendo? The character Kirby recently made an appearance in a Fortnite trailer. It is unclear why Kirby was included in this Fortnite trailer, but the Internet already has a few theories.

Kirby makes the briefest of appearances in the Fortnite Party Royale trailer. If you look very closely, he can be spotted around the 1-second mark of the trailer. He is dancing on a video monitor. Interestingly, Kirby has been blurred out in the trailers that were posted on the Xbox and PlayStation 4 channels.

What is Kirby doing in this video? Some have speculated that a collaboration between Nintendo and Fortnite is imminent. Fortnite has featured a wide variety of collaborations and cameos, from Deadpool to Stranger Things. Nintendo tends to be a bit pickier, but a collaboration with one of the most popular video games would not be surprising.


However, Nintendo has not uploaded this trailer to their YouTube channel nor made any particular announcement. This has caused others to speculate that Kirby’s appearance is simply an Easter egg. He may have simply been added by a fan.

Still others contend that Kirby’s cameo is a reference to Fortnite and Nintendo’s shared history. A Nintendo wallpaper for the game Kirby’s Epic Yarn once featured a Fortnite logo. The logo was eventually removed.

It is most likely that Kirby’s cameo is simply intended to be a fun Easter egg. We may never know for sure, but it is fun to speculate. 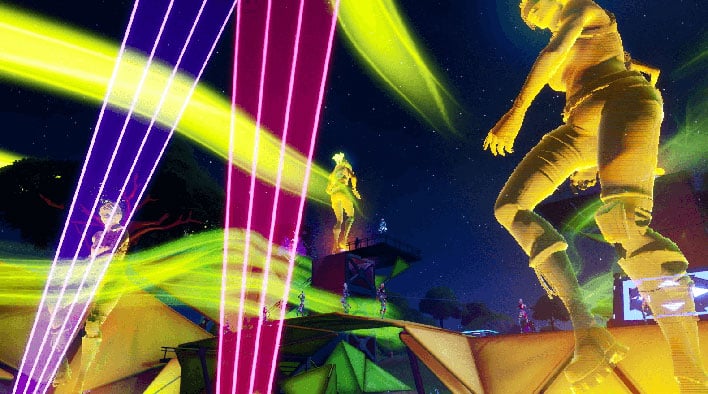 Fortnite hosted a Party Royale premiere this past Friday. The premiere featured performances by Dillon Francis, Steve Aoki, and deadmau5. The event was later re-broadcasted on Saturday.

Party Royale is a mode that is intended to provide players with a place to just relax with their friends. According to Epic Games, “Shows at the Main Stage are just some of the many attractions at Party Royale. In this new experimental and evolving space, there are many things to do and places to explore.” The mode includes activities like boat racing, but the mode itself is not inherently competitive. Party Royale is particularly relevant during a time when in-person interactions are limited. It will be interesting to see what Epic Games adds to this mode and whether it will prove to be a popular addition.