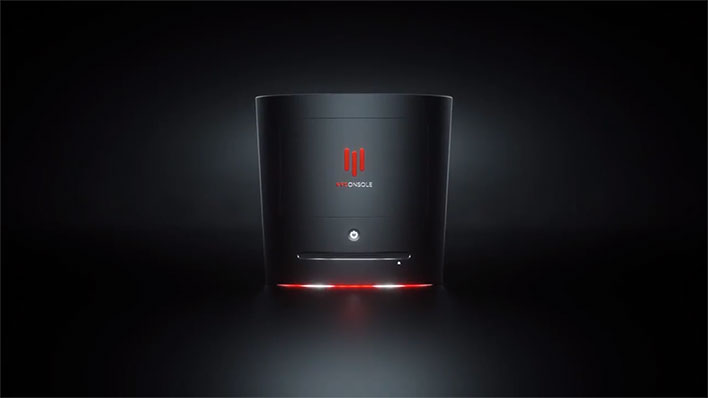 Kentucky Fried Chicken is having some fun on Twitter at the expense of Microsoft and Sony, both of which have revealed their next-generation game console designs, the Xbox Series X and PlayStation 5, respectively. Each one has a unique look, but can they fry chicken? The "KFConsole" can, while also cranking out 4K visuals and 120 frames per second.
A video promoting the spoof console was posted by KFC Gaming, the official gaming account of KFC (yes, the fried chicken chain maintains a gaming presence on Twitter). Have a look...

The future of gaming is here.

Console designs that eschew traditional design schemes are the fad for this round, and not to be outdone by the hardware pros at Microsoft and Sony, the KFConsole looks like KFC's iconic bucket of chicken. It adopts a charcoal color scheme, though, instead of the white and red colors that adorn an actual KFC bucket. There is also a slot at the bottom for optical discs.
It actually looks like it could be a real game system, minus the scorching hot oven that sits inside. Perhaps it is not completely outlandish, though—we will have to wait and see how the PS5 and Xbox Series X handle cooling chores, particularly with high-end hardware inside that is capable of hardware-based ray tracing.
Naturally, Microsoft and Sony are not keen on highlighting toasty thermals, but KFC owns it with aplomb. The integrated "chicken chamber" is brilliant. It also caught the attention of Microsoft, which took the post in stride—in response to the post, Microsoft's official Xbox account asked, "Can you lay it sideways?" Probably not, from what we can tell.

Keeping the gag going, KFC Gaming responded to a separate question asking if there would be any exclusive titles. The company then posted an image for a game called "I Love You Colonel Sanders," which is described as "A finger lickin' good dating simulator."
Well played, KFC. Now we wait to see what the chain has in store for November 12, which is when the KFConsole is slated to launch.