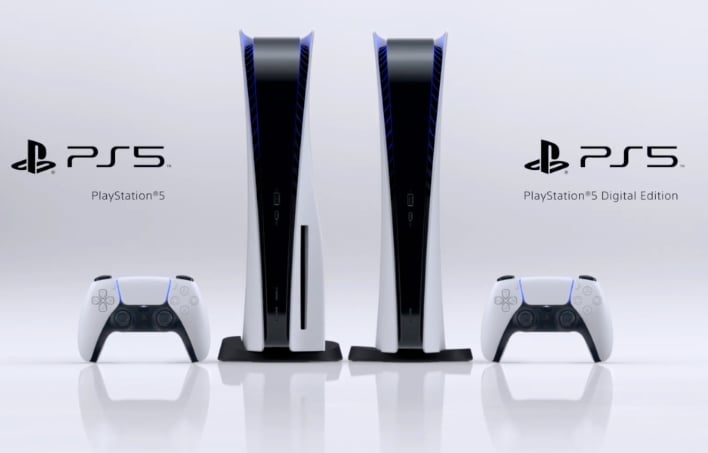 Sony's PlayStation 5 made its big debut yesterday, and the results were definitely mixed with regards to its design. The console's design is definitely more "out there" than the now seemingly quaint Xbox Series X, and has drawn a lot of criticism in the process.

The console has a central strip that is black, which is flanked by white "wings" that curve outward at the top. The design has been likened from everything to the original Nintendo Wii attempting to cosplay as Batman to a modern interpretation of the original Xbox 360 (the RRoD-prone one).

Gathered below are some of our favorite social "burns" of the PlayStation 5 that have rolled through since the console was officially unveiled:

I love the #PS5 design. pic.twitter.com/dqFncieMQP

I have been laughing at this for five minutes pic.twitter.com/aS1sAZ57Uz

Now that we've gotten those chuckles out of the way, we can certainly say that Sony had the last laugh with regards to yesterday's event. Millie Amanda, who serves as YouTube's Statistics Manager, tweeted that the PlayStation 5 event managed to secure a record on the online video platform:

Can confirm that yesterday’s #PS5 reveal event was the most watched gaming live stream in YouTube history. It surpassed all previous console reveals and E3 shows.

If that wasn’t enough, the replay has already surpassed 11.4 million views, which shows that interest in the console is incredibly high. The replay of Microsoft’s widely-panned Xbox Series X gameplay event has garnered just 1.28 million views since May 7th.

Like the Xbox Series X, the PlayStation 5 has an octa-core Zen 2-based processor and an RDNA 2 GPU inside that will power 4K gaming experiences with real-time ray tracing enabled. A total of 16GB GDDR6 memory is available with the system along with a 5.5GB/sec PCIe 4.0 SSD with a capacity of 825GB.

Both the PlayStation 5 and Xbox Series X are set to be released during the Holiday 2020 shopping season, and we can’t wait to see the two consoles duke it out in the market place (along with the fanboy flame wars that comes with the launch of a new console generation).