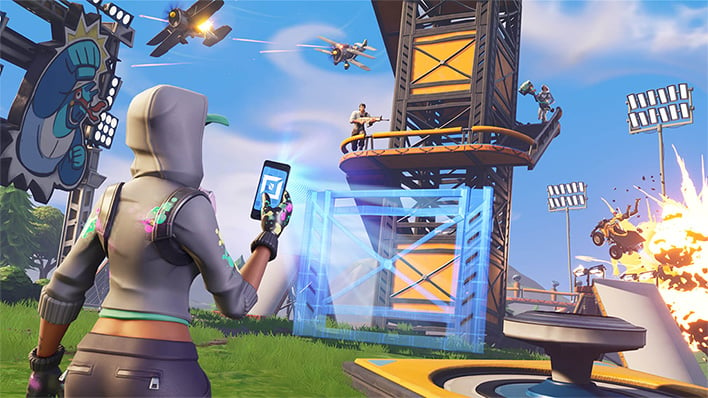 In life, sports, and the court of law, you win some and you lose some. Case in point (literally). Epic Games has, for the time being, lost its legal battle with Apple, in which the developer sought a preliminary injunction that would prevent the Cupertino company from continuing to ban Fortnite from the App Store, in its current state that sidesteps royalty payments from in-game purchases. However, Unreal Engine can remain.
It is more of an Epic loss than an Epic win, so to speak, because Fortnite is the bigger play and the cause for this legal showdown between Epic Games and Apple. It started when Epic Games suddenly decided it was tired of paying Apple a 30 percent royalty for in-game purchases, the same rate that all developers in the App Store are contractually obligated to pay.
Epic Games showed its consternation by updating Fortnite to avoid going through the App Store for in-game payments, thereby depriving Apple of any royalty payments. The developer did the same thing with the Android version on Google Play. Apple then booted Fortnite from the App Store. and ended up kicking Epic Games from its developer program as well, which meant Unreal Engine would become a causality of war. And so here we are—Epic Games has sued Apple, and so far has not been very successful.
In a new ruling, Judge Yvonne Gonzales Rogers essentially says Epic Games created the situation it now finds itself in, not Apple. Or as Apple had previously argued, Epic's App Store wounds are self-inflicted.

"While consumers feeling the impact of this litigation, the fact remains: these are business disputes. A putative class action on behalf of all developers on these exact same issues was already in progress when Epic Games breached the agreements. Yet, Epic Games has never adequately explained its rush, other than its disdain for the situation. The current predicament is of its own making," the judge wrote.

The judge also said "there is no loss of face" should Epic Games remove the hot fix that enabled direct payments, "if one's goal is to protect its consumers, the Fortnite player base."
As it applies to Unreal Engine, however, the judge was swayed ever-so-slightly that Apple's decision would cause irreparable harm, and so it is not allowed to revoke developer tools.
"Although it is close in question, the Court finds that, with respect to access to the developer tools (SDKs), Apple's reaching into separate agreements with separate entities appears to be retaliatory, especially where these agreements have not been otherwise breached," the judge wrote
Apple issued a statement following the ruling, and as you might imagine, it focuses on the legal win, in regards to Fortnite. The company also called the App Store and "economic miracle" for developers.

"Our customers depend on the App Store being a safe and trusted place where all developers follow the same set of rules. We're grateful the court recognized that Epic's actions were not in the best interests of its own customers and that any problems they may have encountered were of their own making when they breached their agreement. For twelve years, the App Store has been an economic miracle, creating transformative business opportunities for developers large and small. We look forward to sharing this legacy of innovation and dynamism with the court next year," Apple said.
To be clear, this is not the end of the legal battle, it only addresses the preliminary injunctions Epic Games had been seeking. However, it does once again underscore the uphill battle the developer faces.