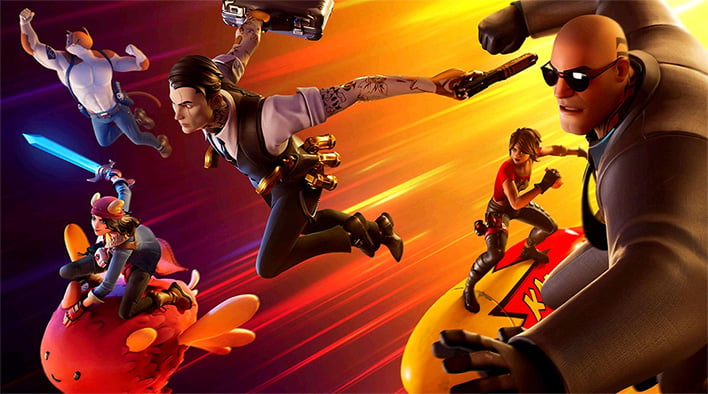 I am just going to say it—Apple is winning the war of words in its skirmish with Epic Games over Fortnite, and is likely to emerge victorious in court when all is said and done as well. It already has, to some extent. However, Epic is seeking a preliminary injunction that would legally compel Apple to let Fortnite back into the App Store, to which Apple has responded with some very strong language.
Usually it is not very entertaining to read through a legal document (no offense, lawyers). This is not one of those times. Apple did not hold back in accusing Epic of creating this messy situation it now finds itself in, and basically says the developer is "holding its own [Fortnite] customers hostage" as part of a publicity stunt, of sorts.
"Epic started a fire, and poured gasoline on it, and now asks this Court for emergency assistance in putting it out, even though Epic can do so itself in an instant by simply adhering to the contractual terms that have profitably governed its relationship with Apple for years," Apple states in its court filing (PDF).
The dispute is over Apple's royalty rate for games and other applications in its popular App Store. Apple collects a 30 percent commission on sales, including those made in-game, like when a player buys gems or cosmetics or whatever a particular app might offer.
Epic agreed to those terms, as every developer does when submitting an app to Apple, but recently did an about-face with an update to Fortnite that effectively bypassed Apple's royalty on in-game purchases. Apple responded by booting Fortnite from the App Store, and also showing Epic the door. And now the whole thing plays out in public view, through lawsuits, statements, and so forth.
Initially, Epic won a temporary injunction against its banishment from Apple's developer program, but the court ruled against its request to do the same for Fortnite.

This is a costly dispute, even for Epic Games, which makes money hand-over-fist with Fortnite. According to Apple, more than 130 million people have downloaded Fortnite on iOS alone, earning Epic more than $550 million to date. That's before Epic's $99 per year developer license, and 30 percent commission to Apple, which still works out to a significant amount of money.
While Fortnite is still immensely popular, Apple took the opportunity to throw some shade at Epic and its golden goose.
"For reasons having nothing to do with Epic’s claims against Apple, Fortnite’s popularity is on the wane. By July 2020, interest in Fortnite had decreased by nearly 70 percent as compared to October 2019. This lawsuit (and the front-page headlines it has generated) appears to be part of a marketing campaign designed to reinvigorate interest in Fortnite," Apple wrote.
Apple also likened Epic's controversial moves to "elaborate efforts to publicize" Fortnite. Basically, Apple is saying the golden goose is not as golden as it once was, and Epic saw this as a way to "engender goodwill" and "boost its reputation, and drive users to Fortnite."
"There is no reason for this Court to issue extraordinary relief when Epic itself can avoid any further harm—to itself, Fortnite players, or third parties—with a keystroke," Apple argues.
The whole thing reads like a big F-U to Epic, topped with a heaping scoop of 'bite me' on top. And while Apple's royalty rate seems high (as does Google's, which is the same percentage), it's hard to envision Epic winning this one.